I deleted my friendster account five or six months ago. Everything was deleted with it, of course–my photos, my blog, my info. Then I remembered this post that I wrote on my old blog the day after peanutbutter♥ and I got married. I thought I wouldn’t be able to recover this anymore but I just did this morning.

I wouldn’t have remembered everything that I said verbatim. But now I do.

This is my old blog URL: http://peachkisses.blog.friendster.com. Some of my other posts were already deleted and this post remained for me to find…. 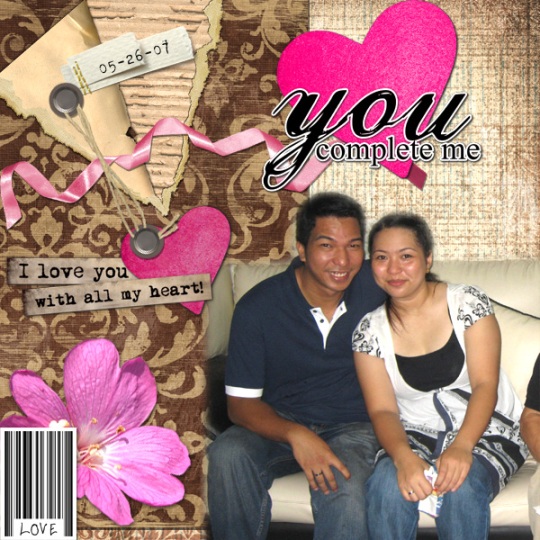 I just signed the rest of my life away…..

I hope the shock never wears off so we’ll always remember how we brought our lives together. I hope that through ours and everyone else’s prayers, we grow old and happy together. I remember how our faces were all serious during the first part of the ceremony.

I remember how we couldn’t keep from smiling at the latter part, and even giggling at a certain point, during the ceremony. I haven’t seen the video yet, but I assume that I looked like I was about to burst out laughing anytime.

It was a very simple ceremony, with our parents and siblings and half of my clan. It was done at our house. I wore a white dress with some blue & dark blue design which me & my sister bought only that morning. I wore it with denims. He wore a dark blue shirt with some white so we would match what each other was wearing. We had dinner at our small garden. And then we’re off to a hotel later. (to make babies!)

I did have the jitters,maybe three days before the wedding. I was up very late everyday. I’m not thinking about whether I made the right choice because I know I did.I’m a little scared,though. A lot of questions are running on my mind.

Well, my answers were still the same. There are no guarantees. Who we are now probably won’t be who we are tomorrow. We won’t always be happy. We will fight and argue about a lot of things.But if I don’t marry him, I know I’ll regret not trying to make it work with him because he has completed my life in a lot of ways. I know I would always want to share life’s little & BIG adventures with him.

So I did it. He has convinced me to swear and sign my name.

It doesn’t really feel very different. What’s most noticeable is the ring on my finger. Other than that I just really need to get used to fact that my name has changed.

Four more days and it’s exactly four years ago when I wrote this and I felt this way…..