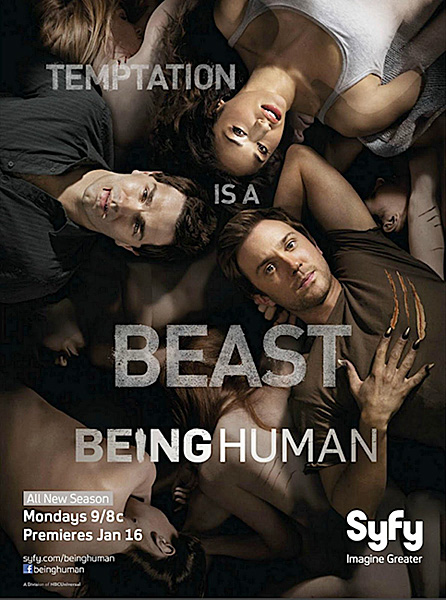 I’ve been waiting since December for the season 2 of Being Human {US} but I’ve just watched the first episode last night.

Life has been a little too busy for me the past weeks. I’ve been wanting to take my desktop computer to bed with me because there are times that ideas come to me in the middle of the night. And I’m too lazy to go downstairs to write about it. If only I had one of those computer carts, getting to my computer would be easier.

Yes, I know they aren’t design for my idea of its usage but, gosh, it would be very comfortable.

In the premier episode of being human, as Josh and Nora struggles to be “normal”, Nora finds out that she is gonna turn into a werewolf because of the scratch she got from Josh. Aidan met with the elders elders and found out that he won’t be leading Boston instead he will assist the elder Mother’s daughter in leading Boston in exchange for his freedom. Sally discovers that she is more powerful now…..