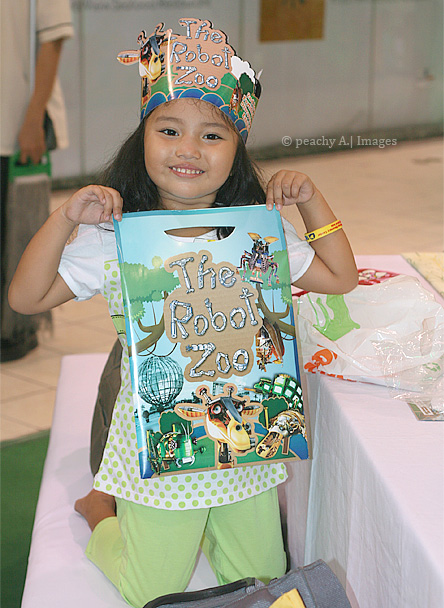 When choosing a place to take my daughter for bonding, as much as possible, I want to take her somewhere where she can have fun and is educational at the same time.

This is what you’ll get when you visit The Robot Zoo. 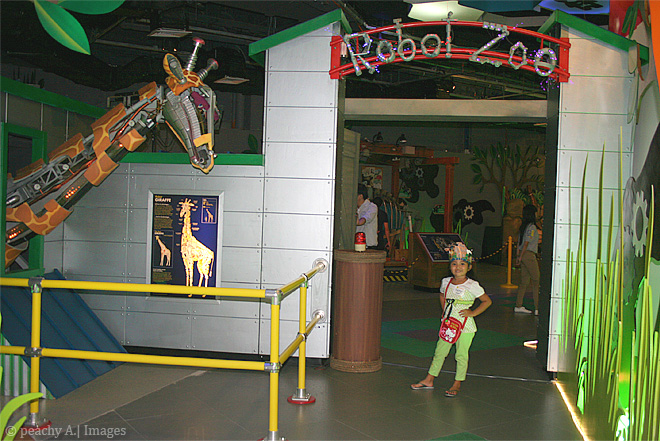 The Robot Zoois a traveling exhibit that has already toured science and natural history museums and zoos in Europe, North America and other venues across the globe. It features larger-than-life animated animal robots that reveal mechanisms that simulate the body parts of their real-life counterparts. That’s a unique treat that’s sure to bring fun and excitement for kids and families to enjoy. 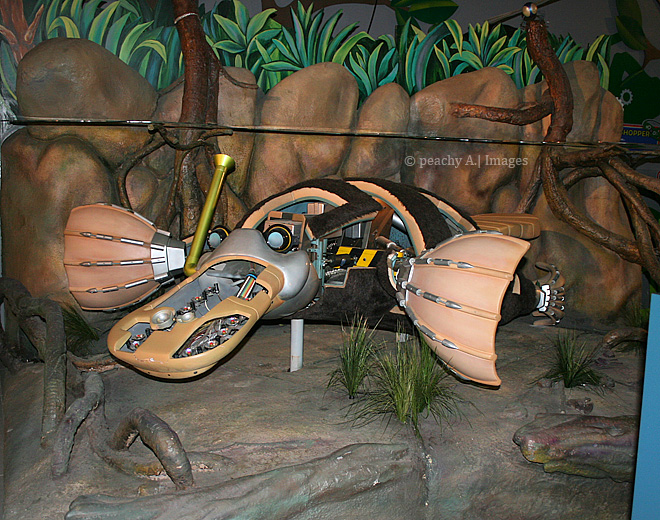 Part of the The Robot Zoo is a 9 feet long robot platypus whose parts guests can freely move and manipulate. 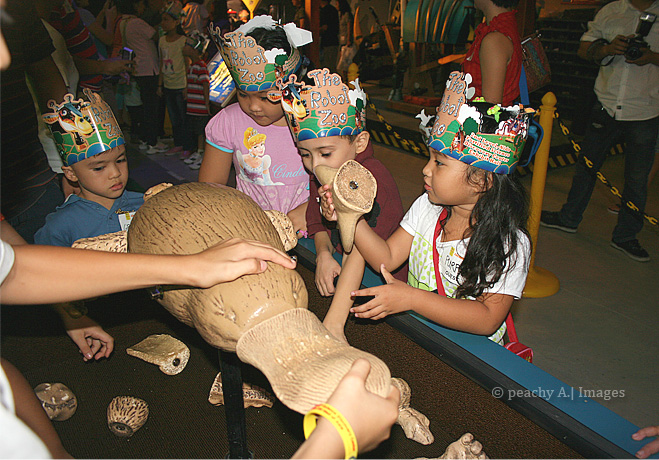 And there’s a small one where you can assemble its different body parts…. 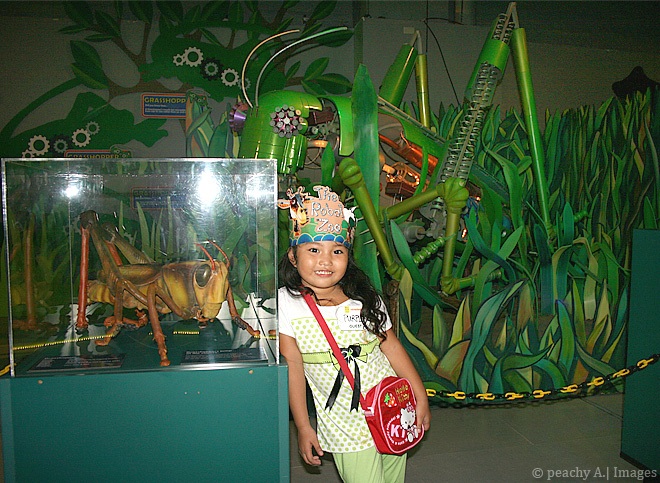 Kids can marvel at the robot grasshopper that has its mechanical parts exposed to show how the insect moves in real-life.

Children of all ages can have fun learning how the inner workings of some of Earth’s most awesome creatures enable them to do astonishing feats. As seen in each of the eight animals found in the Robot Body Shop, robotic parts like pistons simulate the animals’ muscles, filtering pipes for their intestines, computers for their brains, and many more machineries that, upon animation, imitates their real-life behavior. 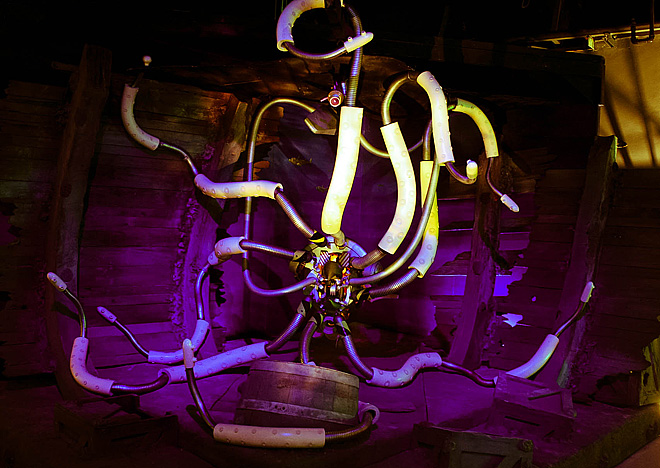 Developed by Evergreen Exhibits and based on the book “The Robot Zoo,” conceived, edited and designed by Marshall Editions of London, England, the exhibit reveals the fascinating biomechanics of animals through larger-than-life robots that feature cutaways which expose the animals’ mechanical insides. The Robot Zoo is also presented by Nickelodeon, as part of their mission to foster playful and engaging learning experiences that develop a child’s vital skills by bringing to life an exciting and interactive world that’s as bold, colorful, and imaginative as their shows. This Tortoise Track lets children interact with each other by racing like a tortoise. 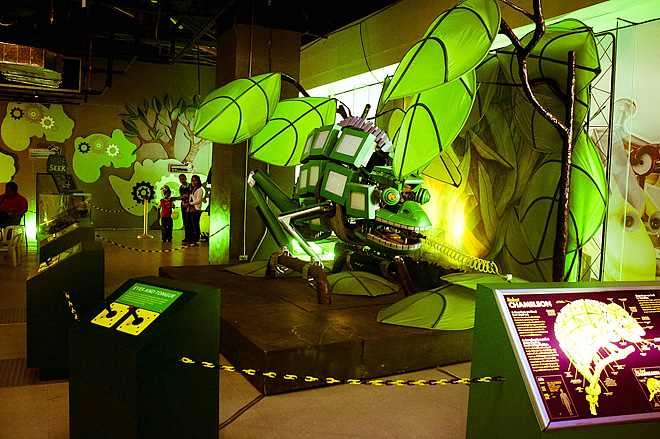 A larger-than-life construct of a chameleon is also featured in the exhibit. It exposes the fascinating animal’s inner workings, with machineries that simulate how the animal’s insides work. It also explains how the creature is able to change its colors. 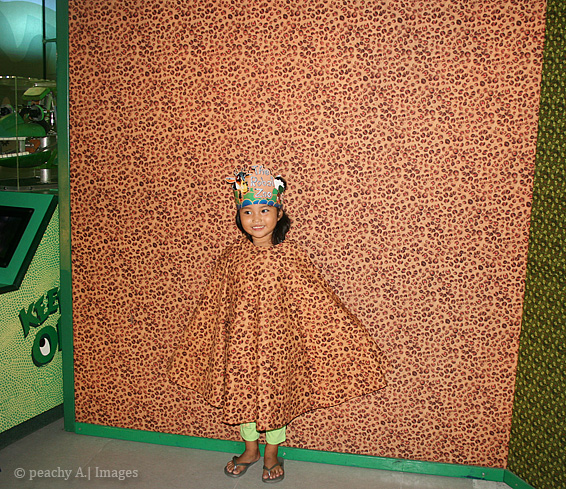 Here, Ykaie experienced how a chameleon changes its color to adapt to its environment. 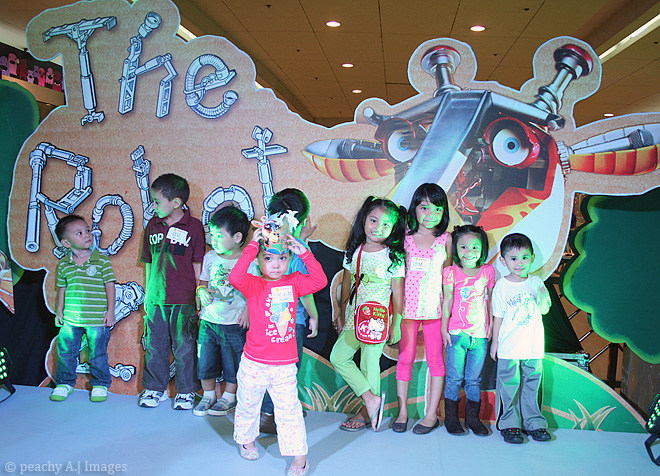 The PMC Kids at the opening of The Robot Zoo

Check out The Robot Zoo at the Science Discovery Center at the SM Mall of Asia. Have a blast as you and your kids experience hands-on robotic animation that magically shows how nature has engineered some of the most fascinating creatures found on our planet.