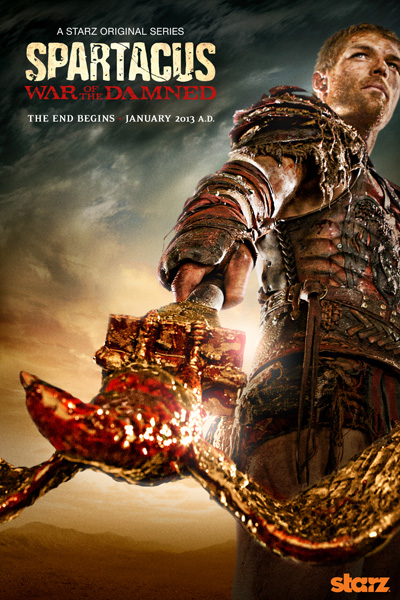 The fourth and final season of Spartacus whichis War of the Damned will be aired on January 25, 2013. I’ve been waiting for this cause I’m really a fan of Spartacus right from the start. It’s not the hyper sexuality/sensuality that caught me…not really Liam McIntyre or Andy Whitfield. It’s more of the blood and gore. Well, I don’t know if my peanutbutter♥ should be glad about that..LOL!

War of the Damned will center on the final battle between Spartacus and Marcus Crassus.

When asked why Spartacus was ending after its fourth season, DeKnight said that they wanted to go out on top and make “the biggest, most insanely epic final season we could.”  He knows the pressure to, as he puts it, “stick the landing” is on and he wants to live up to the impact of season one’s finale.

I wonder what would they come up next? I hope they just continue Camelot.