According to my “research” what they used to do is call up people and tell them they’ve won a raffle for a free  lunch or dinner buffet for two and a 3 day/2 nights vacation package in a Astoria Hotel somewhere. With me, what happened was they called me and “invited” me for a free dinner buffet. They told me that  for me to get the gift certificate that will entitle me for a 3 day/2 night stay at the Astoria Hotel in Bangkok or in Bohol I will have to stay for the 90-minute presentation .

I was hesitant to go at first but finally agreed the next day when texted me and told me that there was NO MONEY INVOLVED and that this was solely for the PROMOTIONAL PURPOSE OF THEIR HOTEL. I didn’t make any research then because I know that I can say NO to whatever it is that they are offering/selling and that I’ll get to blog about it. Hah!

I saw old people and young people alike having that “free dinner“. By this time I was wondering what the catch was. After the dinner buffet, which was okay– well, it was free so I can’t complain about it. But I won’t pay for it if that’s what you’re thinking. Anyway, after the dinner buffet, someone fetched us from the cafe and told us he was giving us a tour of the hotel. Fine. 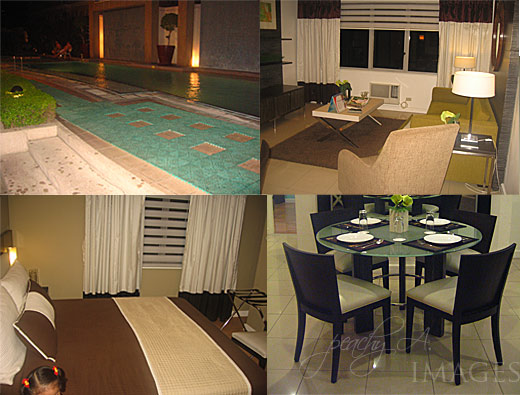 They took us to the pool area and they showed us the two bedroom suite which is really beautiful, by the way. By this time, I was really curious because I know that something’s up. Companies don’t spend this much just to be friends with you..haha. 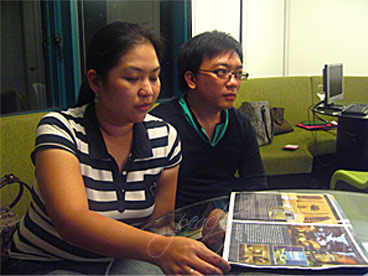 After the tour, we were taken to the top floor. We were taken inside an office type room with lots of tables and chairs and lots of people discussing their holiday ownership plan. They asked us different kinds of questions about how we take our vacation etc. etc. which actually boils down to one thing : that we are doing it the expensive way and that we can have a cheaper vacation if we do it their way. They presented us a plan which when asked what the price was, the answer was carefully avoided. I wanted to know what the price was so I can decline right then. I actually want him to stop wasting his time on us but he was persistent and kept on going about how we would only pay P8,000 annually and have a vacation as cheap as P800 for 1 week in France. Duh?! Everything you say from here on are so blocked, I thought.

It was a timeshare ownership they are selling and I think that they are actually selling a fantasy that you can travel anytime you want and take a vacation for a very cheap price. They are selling a fantasy that you are actually a co-owner of a two bedroom suite in their hotel and that you get to take a week each year and live in there. Which is not really the case once you get to think about it. You cannot even stay there during peak season.

They are giving a big discount and you can only get that discount if you signed up and avail immediately. They don’t want you to go home without signing-up because they know that once you get to think about it. You will realize that this is not really a priority in life right now.

The environment and the staff  and everything they say will trick you into feeling guilty so as to avail of the membership. The price? P500,000 for a 30-year membership. They will even “help” you avail of that membership via an installment program where-in you can pay as low as P3,400/month. Seriously?! the average person can’t take that off from their monthly budget, much more take a vacation in Europe for a week.

A lot of people signed-up that day and who could blame them? There really is a psychological effect once you are in there. The staffs are trained to talk you into availing of a membership you don’t even need. So is that a business strategy?