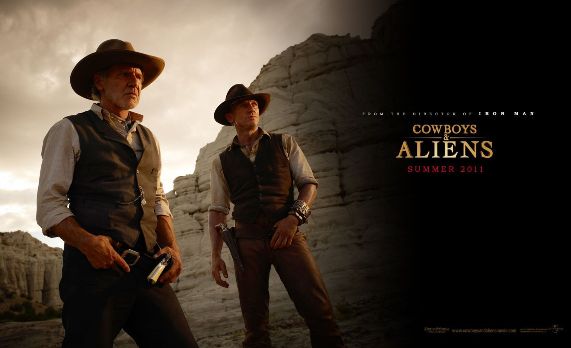 Last wednesday, I was able to see Cowboys and Aliens with my three year old daughter. She was so excited to see the movie that we wanted to fly over to the cinema but the traffic was so heavy. Good thing I bought my 2gb ipod shuffle,that kept her entertained until we reached the cinema.

I didn’t like Daniel Craig as James Bond but I like how he played the reserved, charming bad-turned-good cowboy character Jake Lonergan.

Ykaie loved the movie, she even gets carried away during scenes where the alien spaceships kidnaps some of the townspeople and claps her hands when Jake Lonergan or Woodrowe Dollahyde kills an alien.