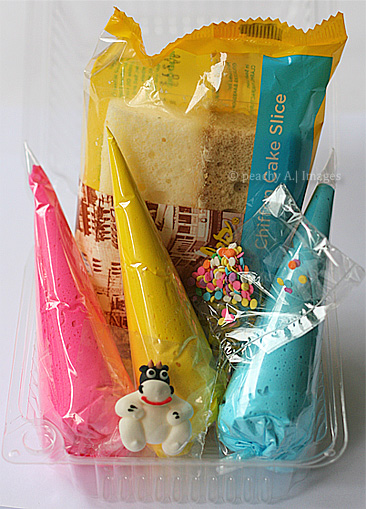 On a week day last week, I found this on a table outside a Goldilocks store. It’s a design your own cake kit and  I thought that it would be a nice mommy-daughter activity for me and ykaie. It has  one slice of Chiffon cake, 3 colors of icings, a sugar candy design and some sprinkles and is sold for p60.

But sis had a better idea. She said that it would be nice if I turned this mommy-daughter activity into a mini-contest for the kids after our “Tea Party”. I bought one more chiffon slice,  sis made more icing and brought out different kinds of sprinkles. 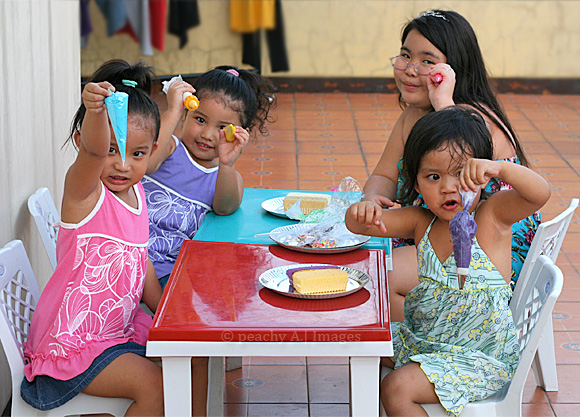 After the Tea Party which was hosted by my sister who calls herself Anney, the Design-Your-Own-Cake-Contest began. 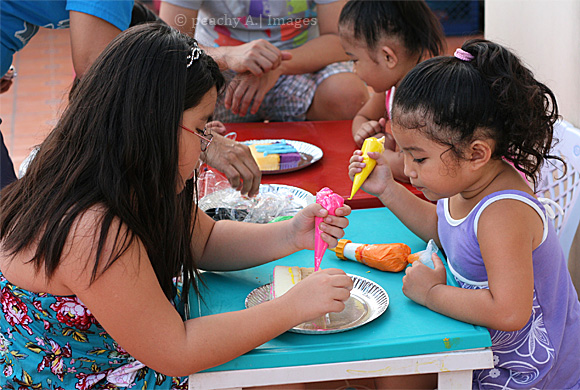 The contest was composed of two teams: Shy and Ykaie was Team A, Cyra and Cyvrine was Team B. 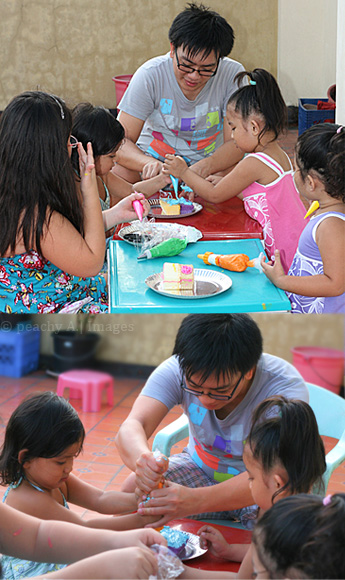 Sis and Rome helped the kids design their cakes. 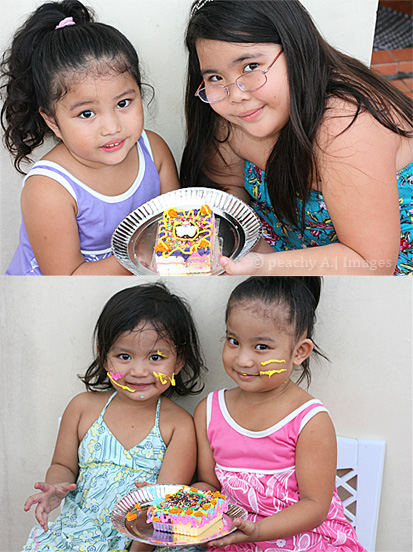 After a few minutes…. the cakes are done! 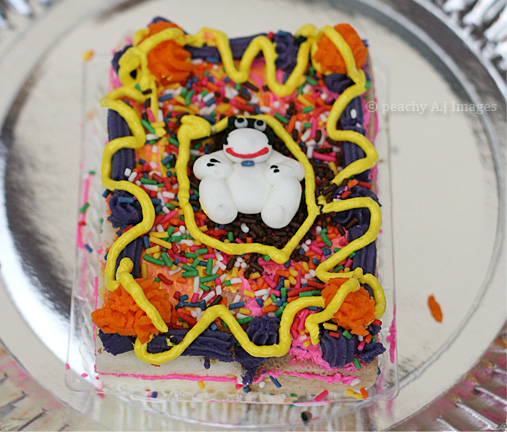 This is the cake designed by Ykaie and Shy with the help of my sis who calls herself Anney. 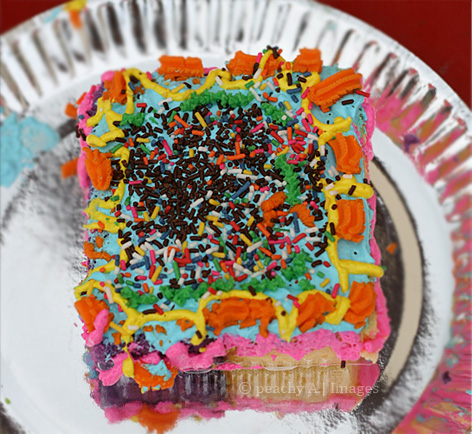 And this is the cake designed by Cyra and Cyvrine with the help of hot Tito Rome….

Both teams won, of course….. 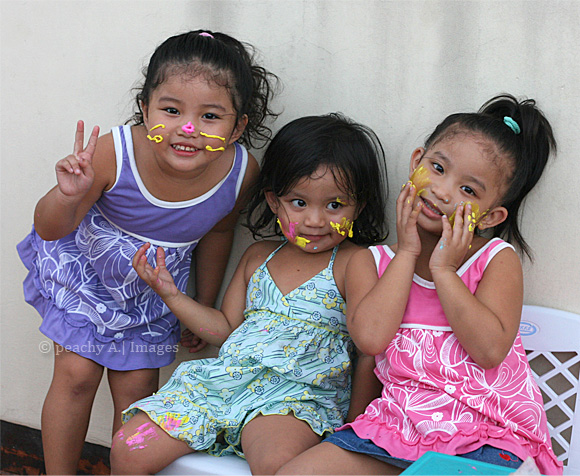 Everyone had such a great time last Sunday. We should end every weekend with this…. 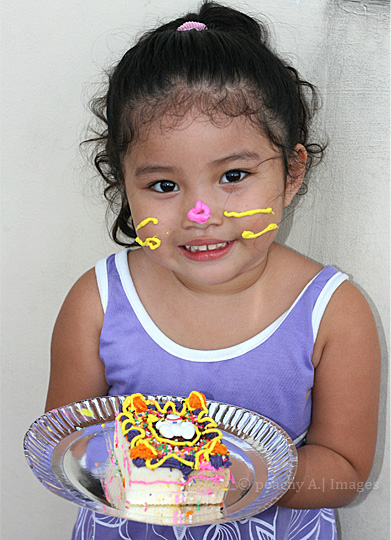