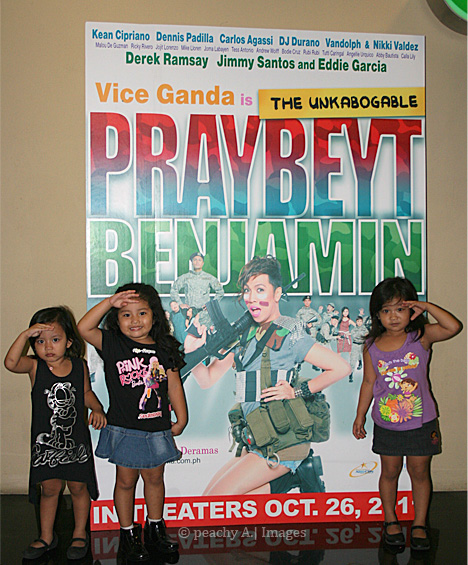 Watched this movie with the kids after Trick or Treating at the mall last Sunday. I had to go back to the grocery before the movie started, though because one of the chips we bought were scanned twice by the symbol barcode scanner and I know why. Ykaie was playing with the snacks while it was being scanned by the cashier.

Anyway, this movie had me laughing from start to finish. A movie only Vice Ganda could pull off.

This is about a gay named Benjamin Santos, who came from a clan of heroes and members of the military. When his grandfather found out that he was gay, he and his family was banished from the family.

Soon, his grandfather and all of his relatives from the military was kidnapped and he, together with some friends, saved them from the terrorist.

Vice Ganda did nothing in this movie except to be his funny sarcastic self and he owned both the movie and the audience.