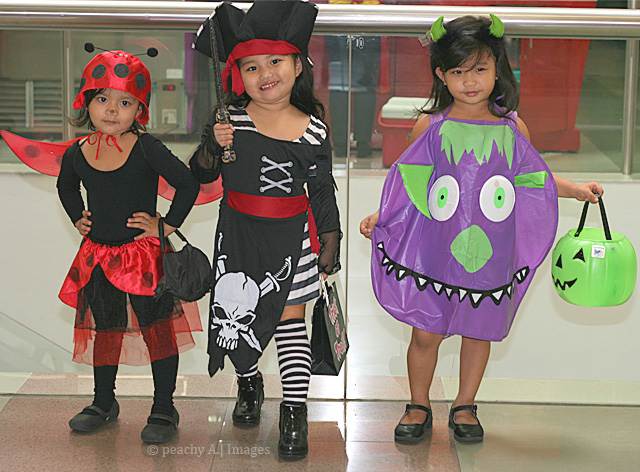 Last Sunday, sis and I was able to take the kids Trick or Treat-ing at the mall. Cyvrine wore Ykaie’s costume when she was two which was the ladybug. Cyra wore a monster costume and Ykaie came as a Pirate.

Ykaie’s costume was supposed to be her Halloween costume last year but she got sick so we weren’t able to go Trick or Treating. Instead of buying her a new one, I just let her use it.

I wanted to check out some lodge furniture but decided on another time. I had a feeling that it’s going to be a busy day and it was. 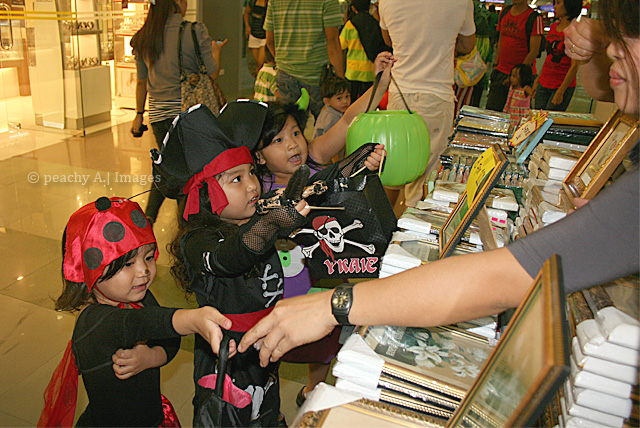 Most of the stores gave out candies to kids in costumes but there are some who did not. I think those stores missed out all the fun. 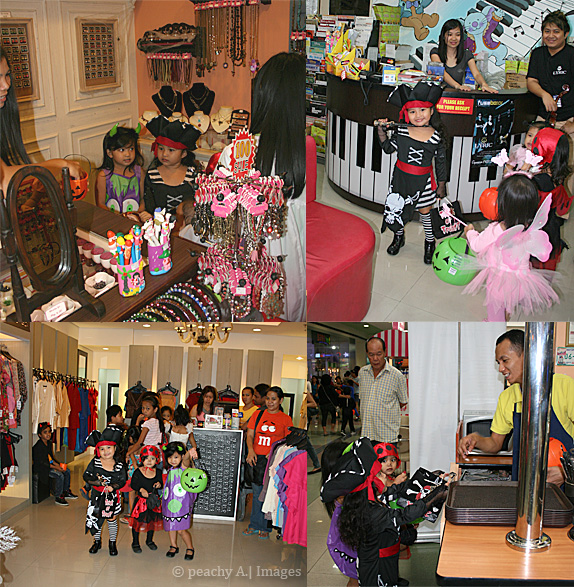 I forgot the name of these stores but thanks for the candies! 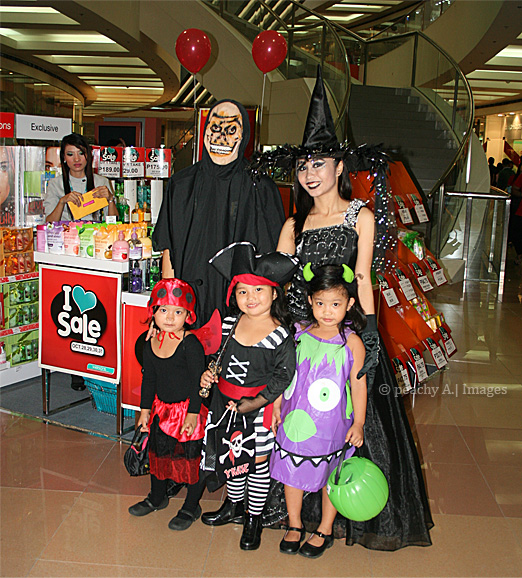 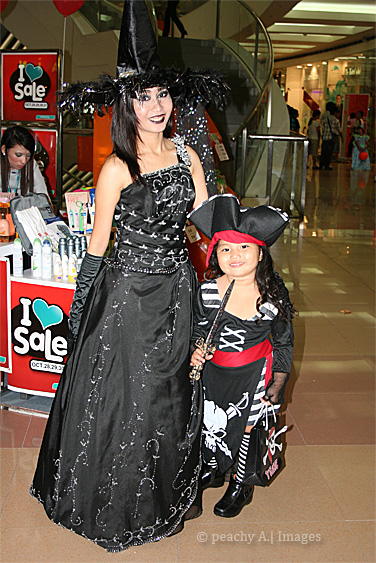 Ykaie wanted a solo photo with the witch…Nice, huh? 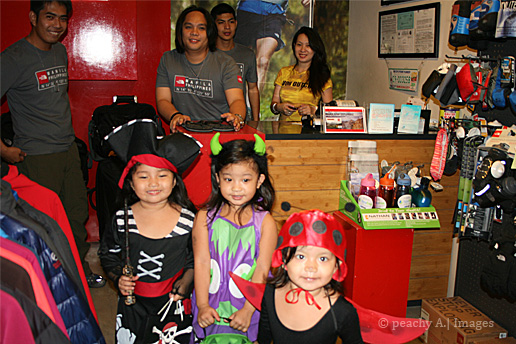 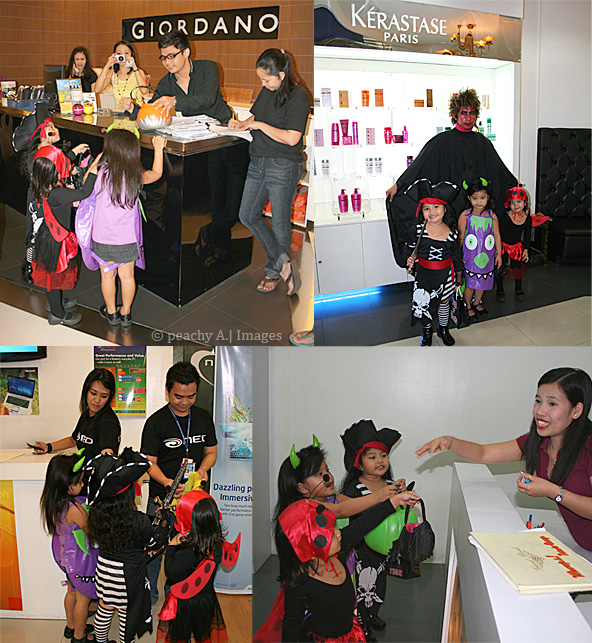 It was a bit tiring but who cares we were having loads of fun! 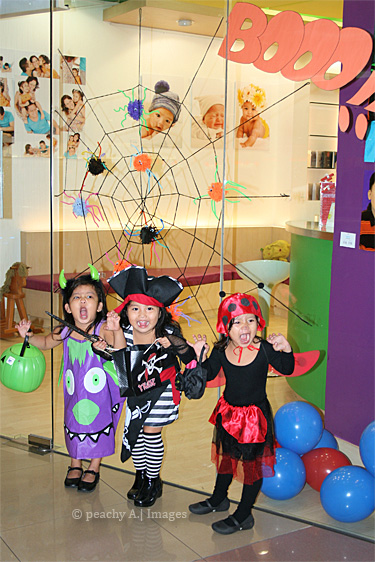 They are all adorable in this photo! 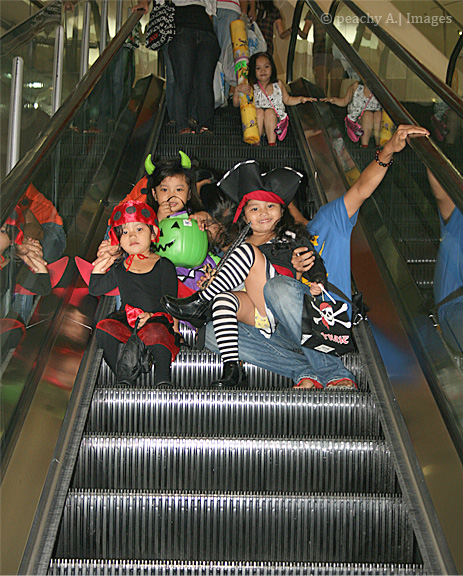 The Escalator:  my kid never gets tired of posing.

And yes, that’s sis and kakay hiding behind them…. 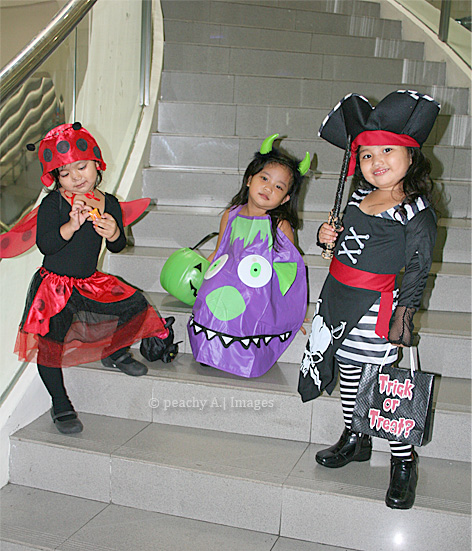 The stairs: cyvrine sneaking to eat a candy, cyra is evidently tired… and ykaie?..still posing..LOlz 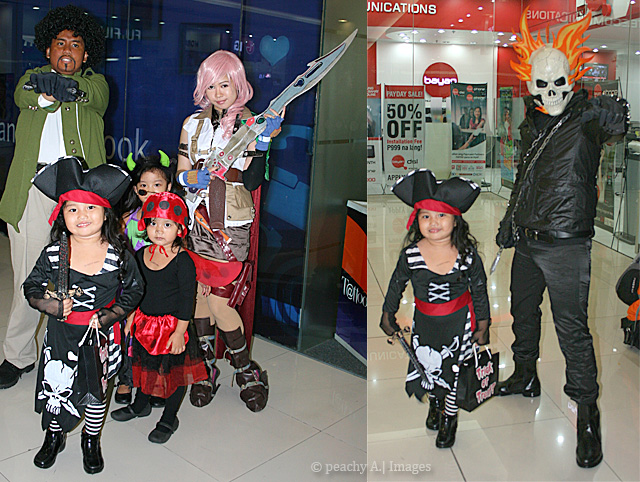 We also met some cosplayer along the way. I don’t know who they are supposed to be but the kids wanted a photo with them. Ykaie even insisted a solo photo with the one on the right. Is that Ghostrider? 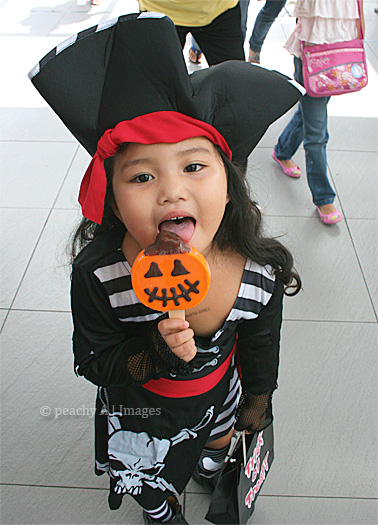 The Trick or Treaters needed some refreshment after an hour of going around the mall so I bought them a Jack O’ Lantern Dilly Bar. 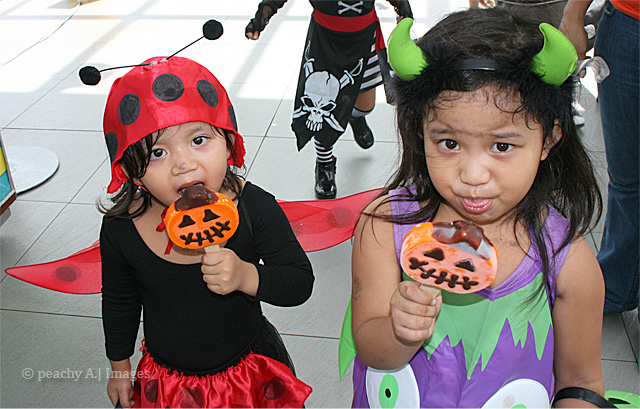 Cyvrine didn’t like the Dilly Bar. She just wanted something to drink. 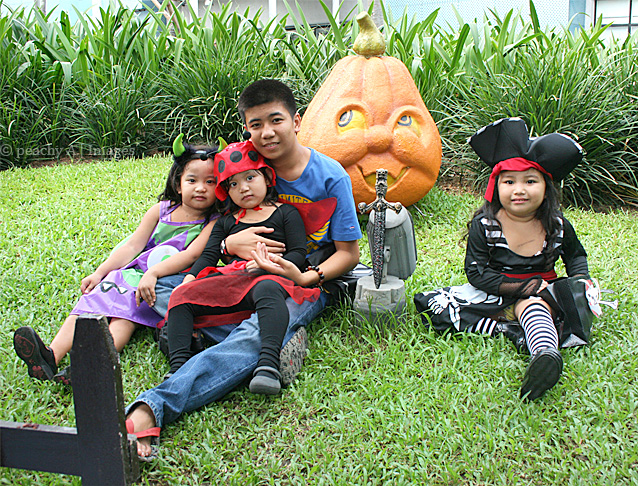 Photo with Kuya Kakay at the Sky Garden 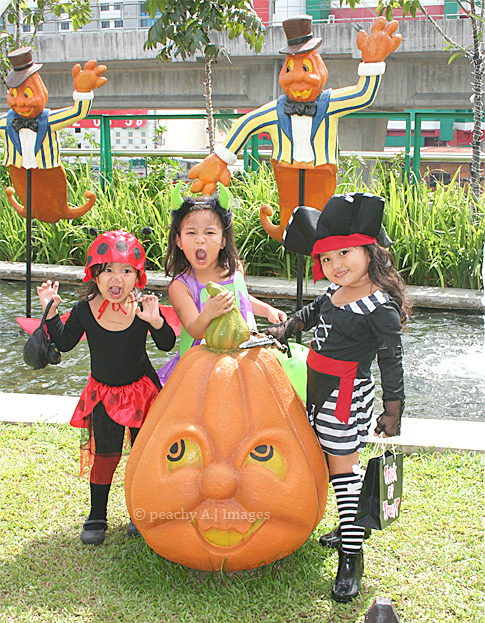 Why is the ladybug trying to be a monster?? LOL! 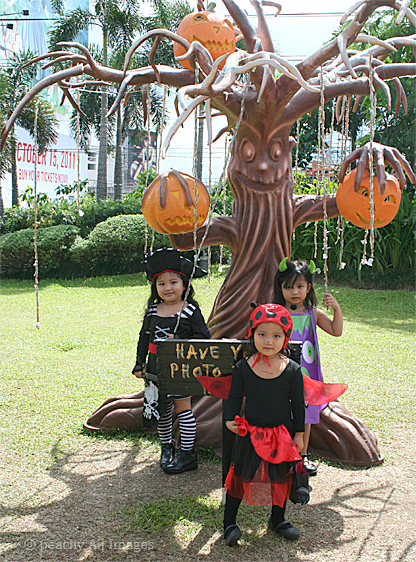 It was indeed a Happy Halloween for the kids.

After Trick or Treating, we had lunch and watched Praybeyt Benjamin.