Our first stop on this Cebu adventure was the Shangri-La’s Mactan Resort and Spa. I thought we were only booked for a day tour but I was glad I was wrong because we were checked-in for a night. 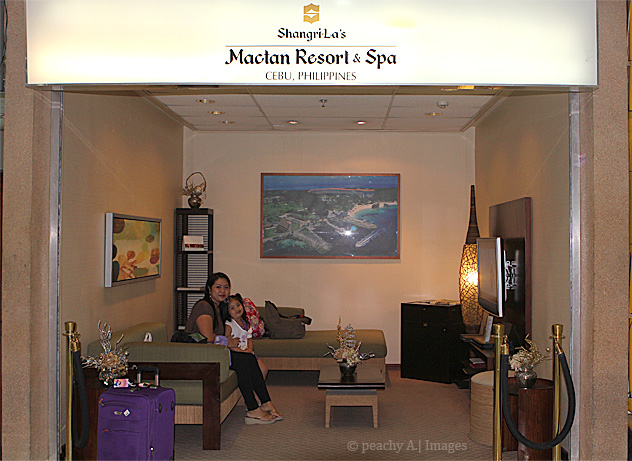 At the airport we looked for Shangri-La’s waiting area for our airport-to-hotel shuttle service. I was expecting it to be free but sis told me that there’s a charge of P150 per person. 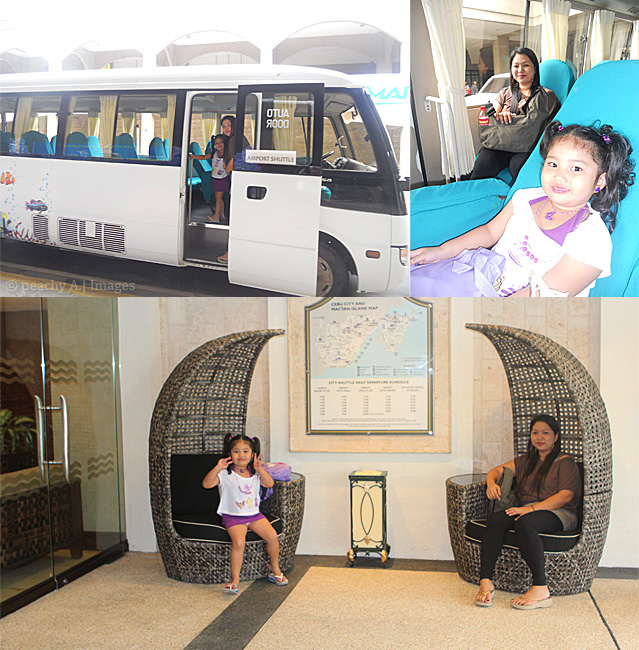 I guess that’s alright too since we were the only ones aboard. It took us around 20 to 30 minutes to get there. We were taken at The Ocean Wing lobby instead of the main lobby. Our reservation is supposed to be for the Deluxe Sea View Room which is located at the Main Wing.

We found out later that we were given a complimentary upgrade to the Ocean Wing Panorama Room and it was so nice of them to allow us to check-in early at 9am. 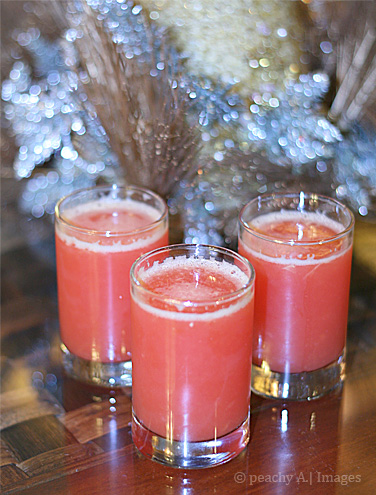 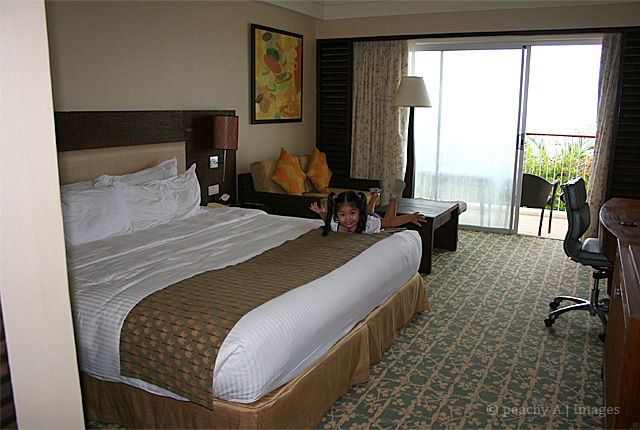 The Ocean Wing Panorama Room is 36 sq.m x 387 sq ft and it faces the beach and the ocean. It has a contemporary design and a King bed.

The usual rate for this type of room is around P14,5oo per night but we were booked for the Deluxe Sea View room for only P12,500. 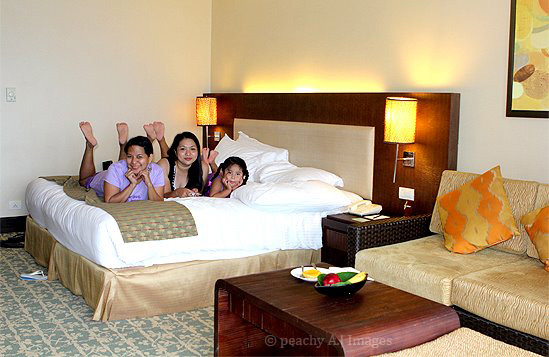 Here’s the room from another angle. Isn’t that nice? 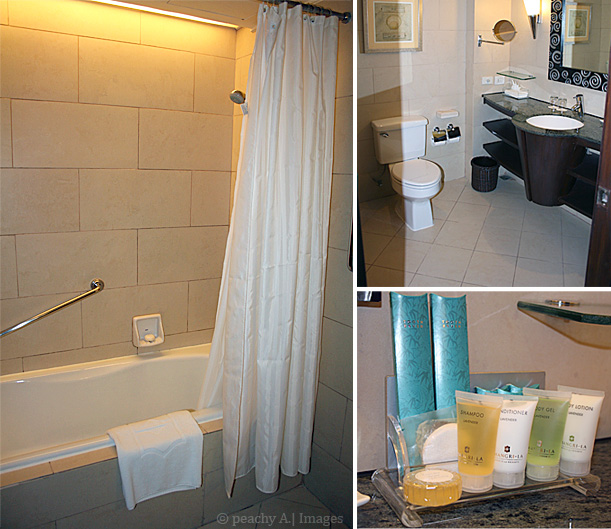 The bathroom features a bath tub, Shangri-La toiletries which smelled lavishly of lavender and fluffy cotton towels. There was also a room safe, iron and ironing board. 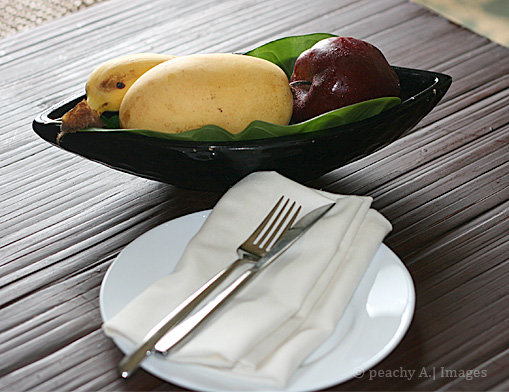 Oh, and there’s a complimentary breakfast too. Check out our Breakfast at Tides Restaurant here. 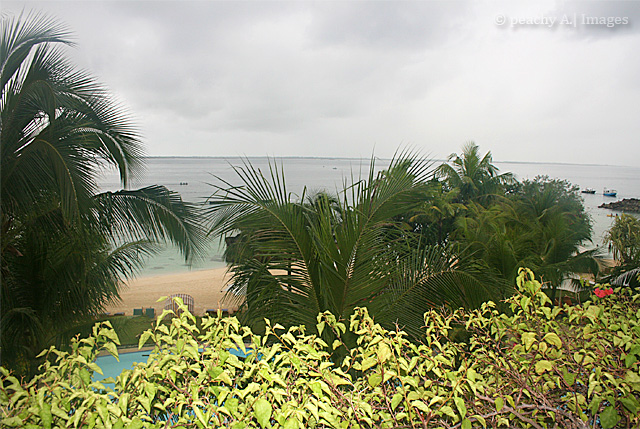 Because our room was located at the second floor, the supposed-to-be panoramic view of the ocean is obscured by a few coconut trees and these flowering plants which I don’t know the name of.

If you will notice, the ocean was a little dark. That’s because it was drizzling that morning. We decided to wait out the rain by going around the hotel. 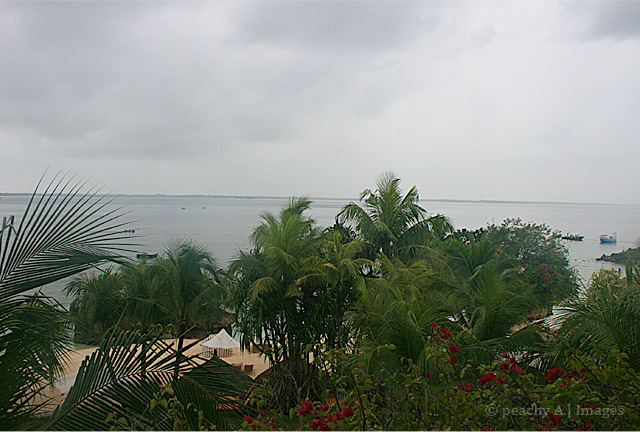