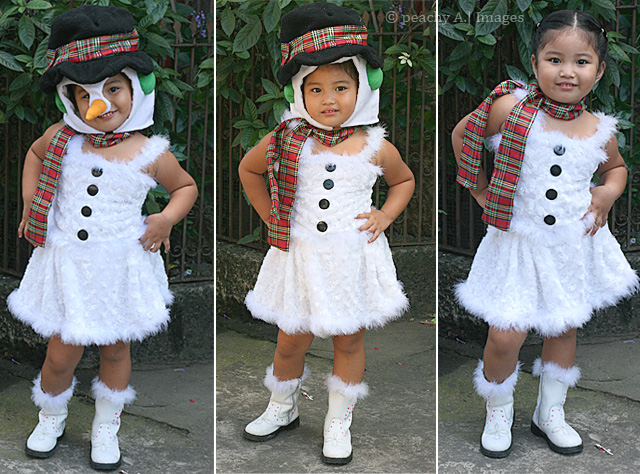 Yesterday was Ykaie’s school Christmas Party. They are to attend in their best Christmas costumes.

Ykaie came as Frosty the Snowgirl.

I tried to think of an easy costume and since she already has a reindeer antler headband, I thought, she’d go as a girl Rudolph. But sis had this leftover white fluffy cloth and thought of making a “Snowgirl” {a girl snowman} Costume. Footwear wasn’t a problem because Ykaie already has those white boots, the trimmings were added later from the fluffy white cloth. 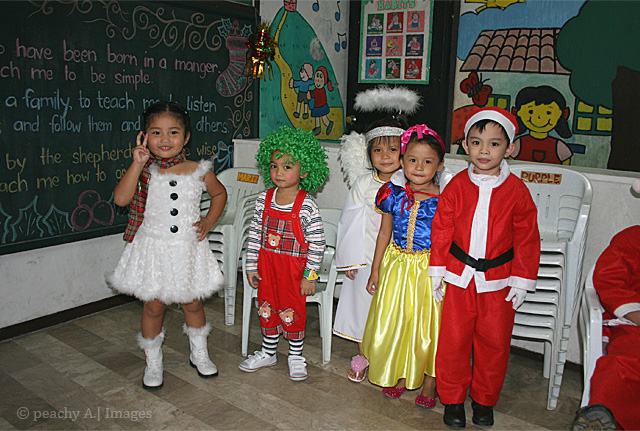 I know there are limited costumes for Christmas. Most of the children came as Santa Claus and Angels. There’s one green-haired Candy Cane, Papa Joseph, the little drummer boy and Snow White (?).

There was  a makeshift photo booth background which the kids loved. 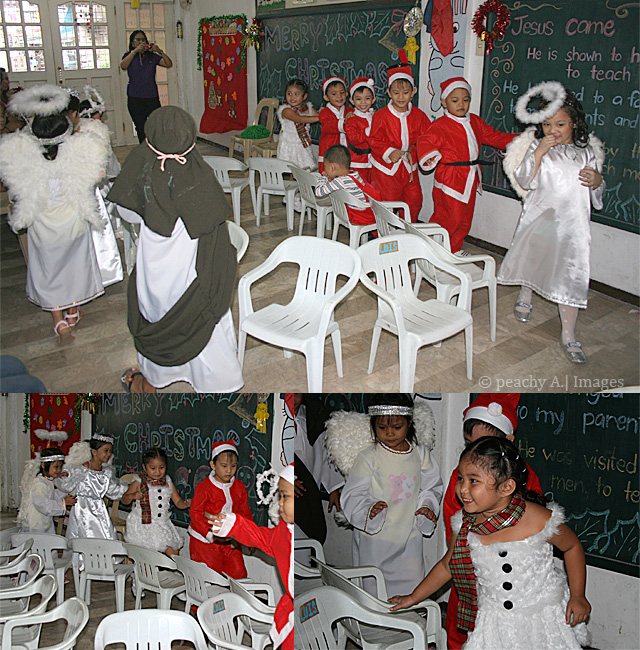 The kids played Trip to Jerusalem. You see that smile on Ykaie’s lips? She was having fun!

After the games came snack time and snacks were Jollibee Spaghetti and Chicken. 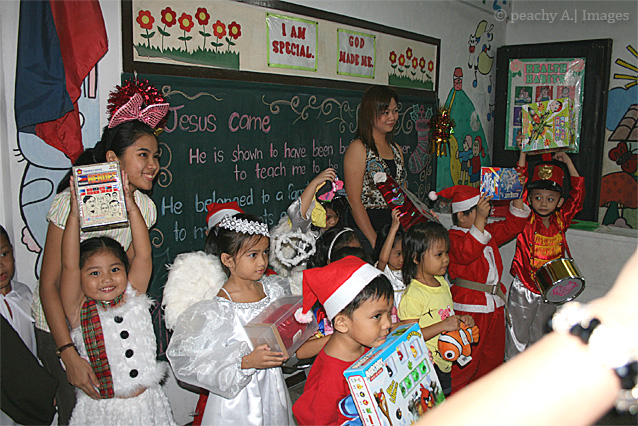 Then the exchange gift followed. Ykaie received two sets of flashcards. These are educational but she was a bit disappointed,though, because she’s expecting a toy of some kind.

Good thing she won  Best in Costume and received a prize. Her teacher also gave away candies and chocolates. It was an exciting friday!