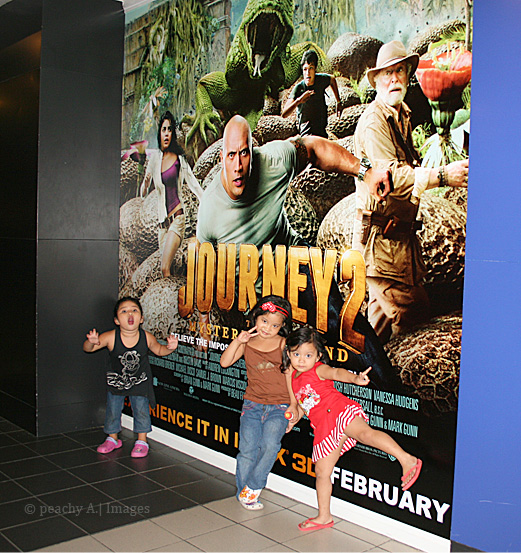 This week we were able to watch  Journey 2: Mysterious Island, the sequel to Journey to the Center of the Earth.

It is about Sean Anderson partnering with his mom’s husband, Hank on a mission to find his grandfather, who is thought to be missing on a mythical island.

With the giant butterflies and small elephants and the small sharks and the giant electric eel, you wouldn’t find boredom in the kids faces.

I bought something at the mall yesterday. Something I’m not ready to disclose just yet because I think it’s faulty. I’m gonna have to call the store where I bought it from so they can replace it with a new one.

Just when I thought I could play those discount music cds I bought from the same mall.. tsk tsk..

Anyway, I just hope this gets resolved today and I could drop by at the store tomorrow… I’m excited to listen to those beat!