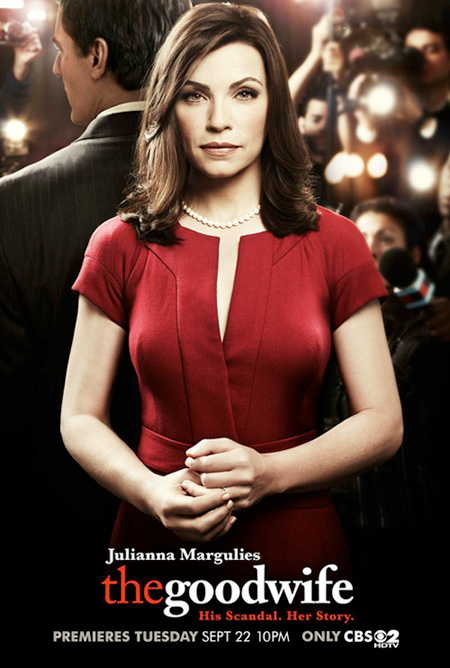 Just when I thought I couldn’t watch anymore series………

The Good Wife is a legal drama television series created by Robert King and Michelle King, which premiered on CBS on September 22, 2009. The show tells the story of Alicia Florrick (Julianna Margulies), whose husband Peter (Chris Noth) has been jailed following a very public sex and corruption scandal. She returns to her old job as a defense attorney under Will Gardner and Diane Lockhart (Josh Charles and Christine Baranski respectively) to rebuild her reputation and provide for her two children, Grace and Zach (Makenzie Vega and Graham Phillips). All episode titles have the same number of words as the number of the season in which they appear, i.e. all season one episodes have one-word titles, all season two episodes have two-word titles and all season three episodes have three-word titles.

I need more courtroom drama in my life….

and I’m starting with Season 1….