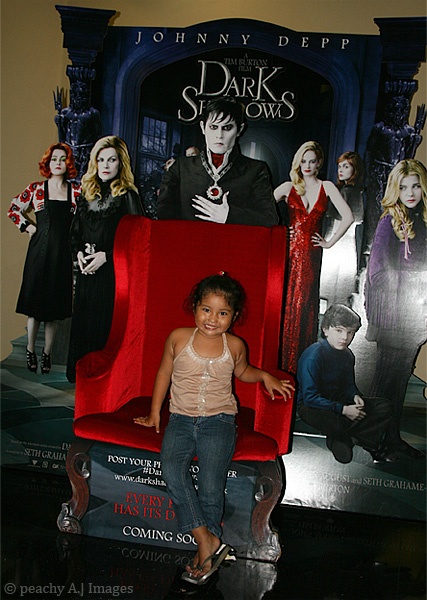 We watched this movie last month when it was showing in the cinema and we did when peanutbutter♥ was still here.

The movie isn’t what I expected it would be.I didn’t even know that it is a re-make of an old film.

It is about a man named Barnabas Collins {Johnny Depp},the owner of the Collinwood Manor. He is rich, powerful and is a playboy who made a grave mistake of breaking the heart of one of his servants, Angelique Bouchard {Eva Green} who he didn’t know but happens to be a witch. Angelique killed the current object of his affection and then cursed him to be a vampire. She also buried him alive.

A couple of centuries later, he was accidentally freed from his tomb and emerged into a modern and different world of 1972. He return to Collinwood Manor and found out that it had fallen into ruins.

I don’t know if there already is universal life insurance back then but since he was so rich, he should’ve gotten everybody covered.Kidding aside, this movie is bordering on the corny side and didn’t elicit a single hearty laugh from the audience. Well, everybody has their own taste in comedy…