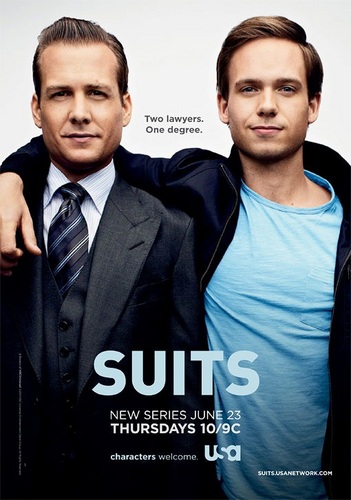 I can’t stop watching this series….

Mike Ross (Patrick J. Adams) is a brilliant college dropout. Mike’s childhood dream of becoming an attorney was derailed after he was caught selling a math exam to the Dean’s daughter. Naturally intelligent and with an eidetic memory, Mike makes a living taking tests for other people, particularly LSATs.

Harvey Specter (Gabriel Macht) is one of New York City’s top attorneys who has recently been promoted to senior partner at his firm, and is forced by company policy to hire an associate. After an accidental interview with Mike, Harvey is impressed by the younger man’s quick wits, his encyclopedic knowledge of the law, and his genuine desire to be an attorney, and hires him. Due to the fact that Mike lacks a law degree, and because the firm exclusively hires Harvard alumni, they both pretend that Mike is a Harvard graduate.

At the firm, Mike is continuously hounded by junior partner Louis Litt (Rick Hoffman), Harvey’s jealous rival. Mike is eventually befriended by Rachel Zane (Meghan Markle), a paralegal, whose test anxiety has prevented her from attending law school, and the two soon develop a mutual attraction. Mike and Harvey often come into conflict over Mike’s naiveté and ethical scruples and Harvey’s hard charging and seemingly uncaring demeanor. Even so, the two make a strong partnership, helping each other overcome his weaknesses. {Source: Wikipedia} 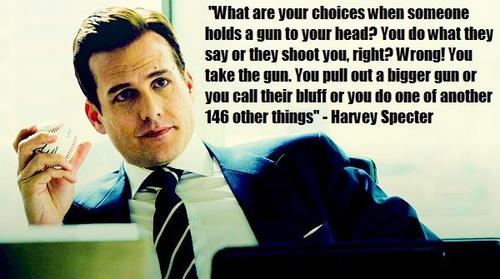 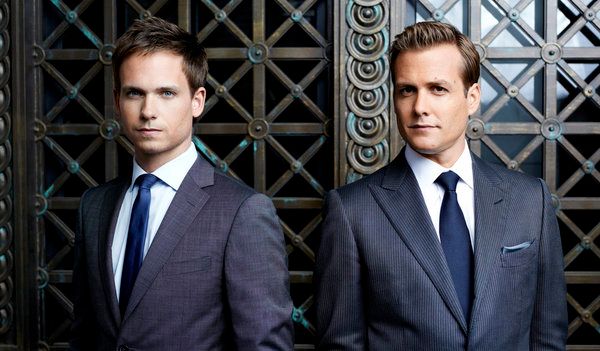