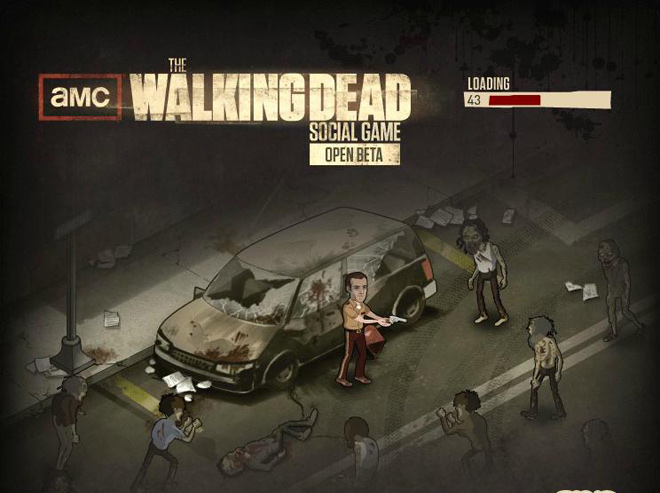 Now, I can either go to the city or head out into the woods to hunt some walkers..woohoo!!! 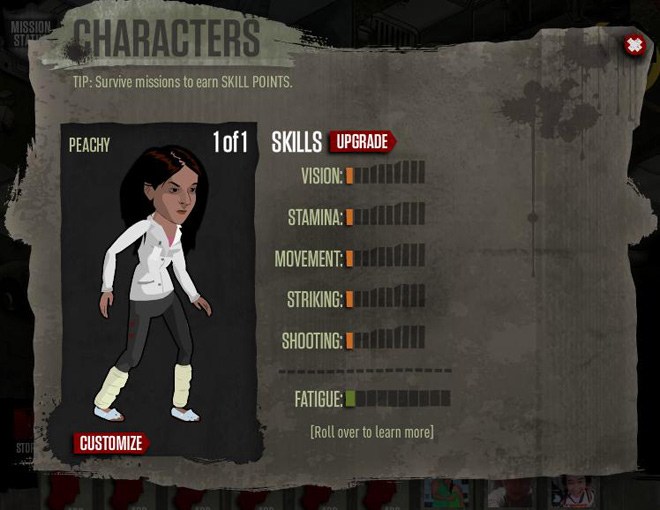 This is my character. Like any other facebook game, this game requires the player to spend energy to move, attack, or heal themselves…and of course, survive the walkers trying to eat them. 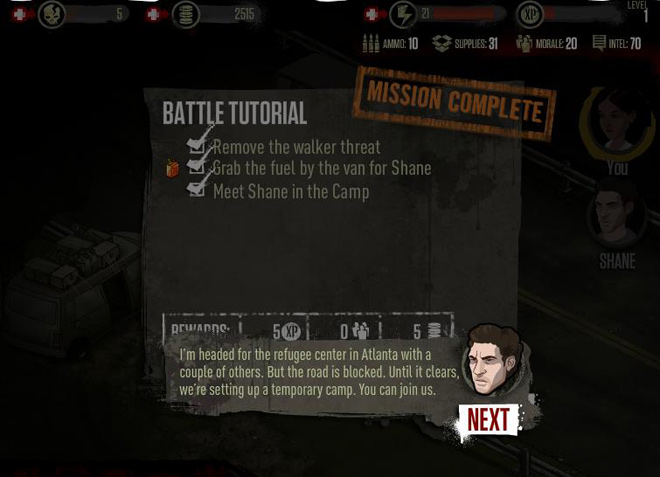 I just finished the tutorial stage with Shane.

This game actually starts in a “prequel” stage. It starts before Rick wakes up from his coma and you’re with Shane and Lori en route to Atlanta. This is the first chapter of a lot of chapters that Eyes Wide Games will be releasing every few months.