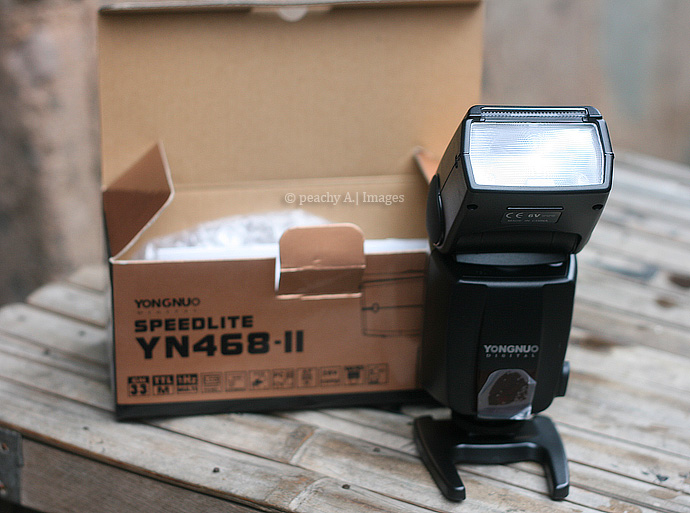 After thinking and re-thinking about it for a number of times, I finally bought an external flash for my camera. I already have a lighting kit which I use for photos taken without natural light or those taken during the later part of the day. But somehow, I feel that I needed more.

Improving my photos is one of the goals that I have for this year. So I finally gave in and dropped by at Henry’s the other day to buy this Yongnuo Speedlite YN468-II. It set me back for ₱4,700, a small amount to pay for a big improvement.

I’ve used it a few times since I bought it but I haven’t been really tinkering much. 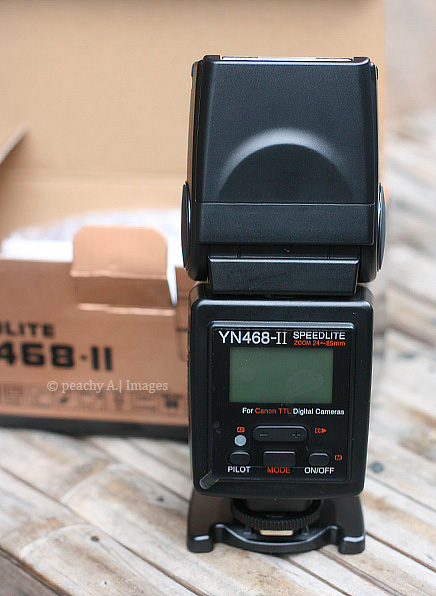 Yongnuo is known for being one of the most affordable flash available for Canon and Nikon. For a while, Yongnuo flashes weren’t compatible with DSLR’s TTL metering systems, which meant you needed to use them in manual mode. Now, this Yongnuo Speedlite YN468-II is an E-TTL(II) flash that works wonderfully together with Canon DSLR camera bodies for automatic flash exposure, zoom reflector adjustment and other advanced features.

The speedlight also feels incredibly solid and sturdy in the hand, and is made with very nice feeling plastics. I can’t wait to use this with the Canon 650D peanutbutter♥ bought for me.

For the meantime, I need to get to know this baby well. I can see lots of dinner dates with him in the near future, after all, he’s only needed when it’s a little dark.