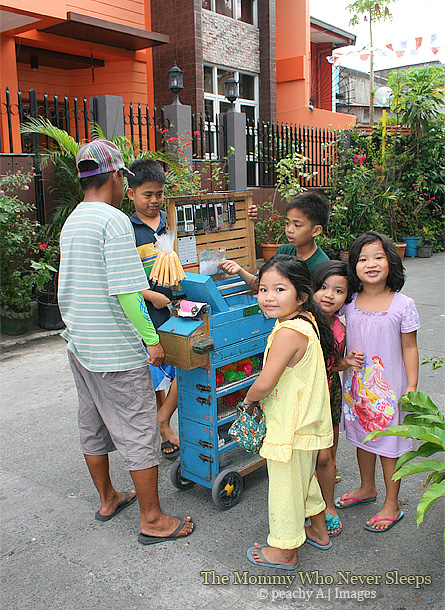 Last sunday was the feast day of our patron saint ~ San Roque.

Usually during fiestas, there’s a Miss Gay Beauty pageant held on a make-shift stage across the Barangay hall the night before. There are ati-atihan roaming the neighborhood and dancing to the beat of the drums and asking for donations.

There also lots of streetfood and vendors in the street. 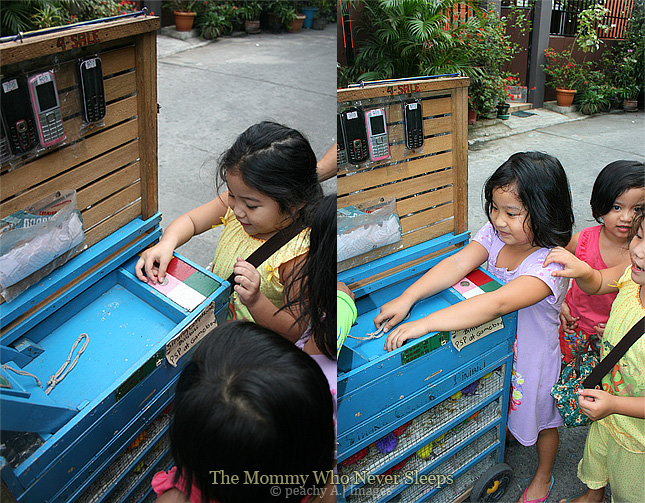 I won’t be able to forget that I got excited to play the Color Game during fiestas. My father gave me an allowance of ₱30 which I could spend any way I want. I played this Color Game which they said is a form of gambling because it includes money but of course, it’s a game of chance. I believe we need  games of chances sometimes so I also let the kids play once during the day. 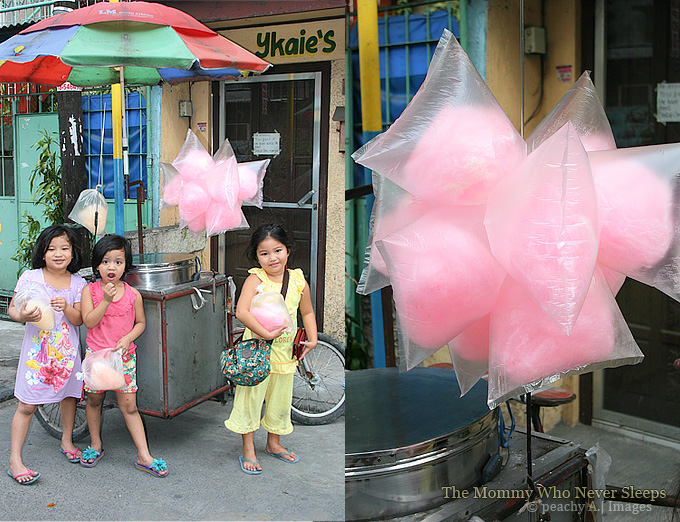 They also bought some of the street food that pass by the house. Those cotton candies are ₱5 each.

Later in the afternoon, only Ykaie joined the Palaro courtesy of our neighbor. Too bad I wasn’t able to take pictures.