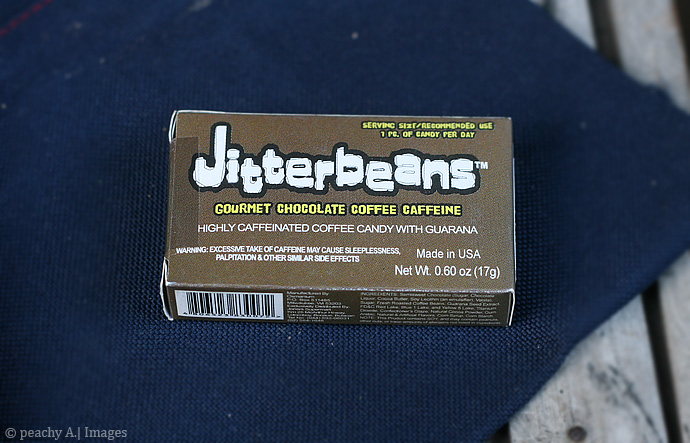 Looking for caffeine in a box? Something that can help you stay awake, keep the blood boiling or keep your eyes open until there’s coffee or cola in hand?

Well, I think I may have just found out the solution to your problem. I found these Jitterbeans when I was grocery shopping at Robinsons. Costs ₱50. 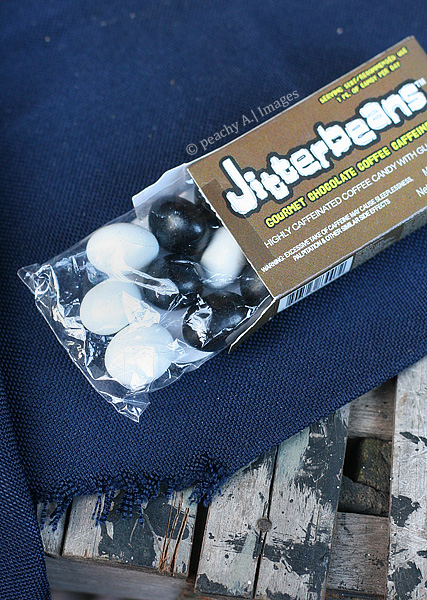 … but it’s actually candy-coated, chocolate-covered coffee beans that taste, well, like chocolate and coffee. But it also says on the box that it has guarana in it.

Guarana has one of the highest concentrations of caffeine in any plant, and has become a popular ingredient in energy supplement.

Just in case you’re wondering just how much caffeine is in a box of Jitterbeans… It says here that it has approximately 250mg of caffeine. It is equal to 2½ mugs of coffee or three energy drinks or 4.6 cand of cola.