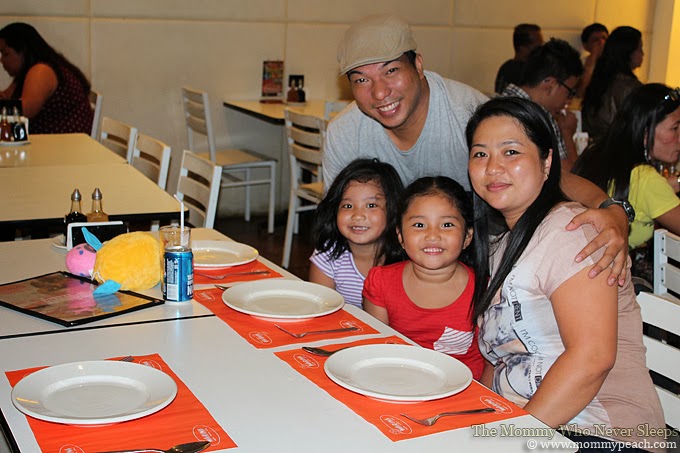 This is where we ended up for dinner after playing and strolling along SM By The Bay. peanutbutter♥ was craving for some seafood and the first restaurant in sight that we know has some seafood on the menu is Marina. 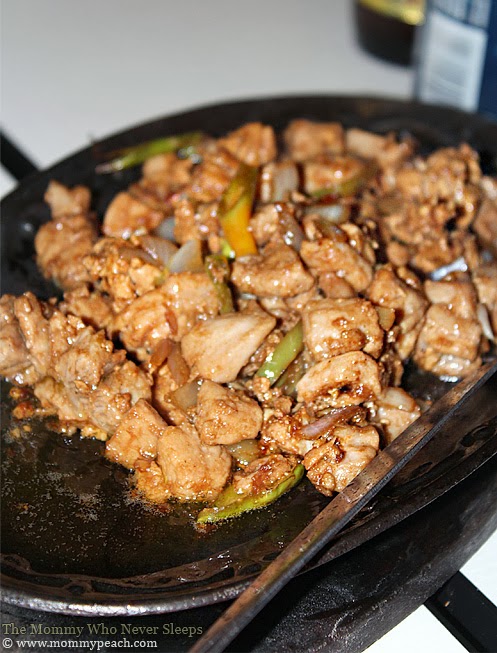 I think this is Sizzling Tuna or Sizzling Tuna Sisig? I already forgot since this happened last April and it is October now and this is peanutbutter♥‘s order. …..Yikes for über late post. 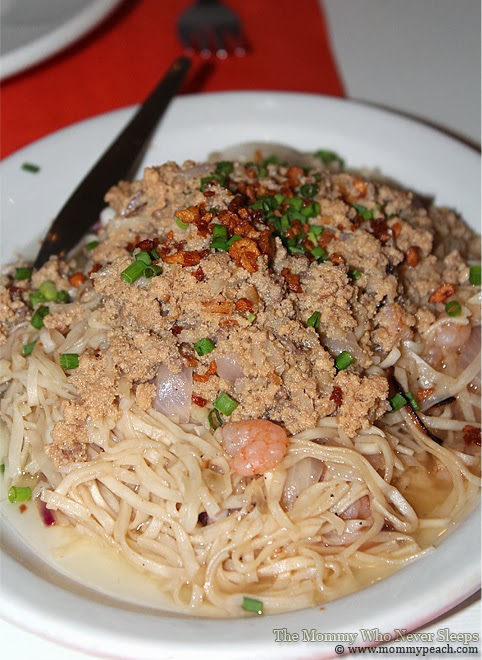 But I can remember perfectly what I chose from the menu: Pancit Efuven. Pancit Efuven is an Ilonggo dish and does not really refer to the dish itself but to the flat noodles that was used in cooking it. Marina prepares theirs with lots of Tuna Bihod or Tuna Roe. It’s delicious but it is too rich for me and a bit too oily. 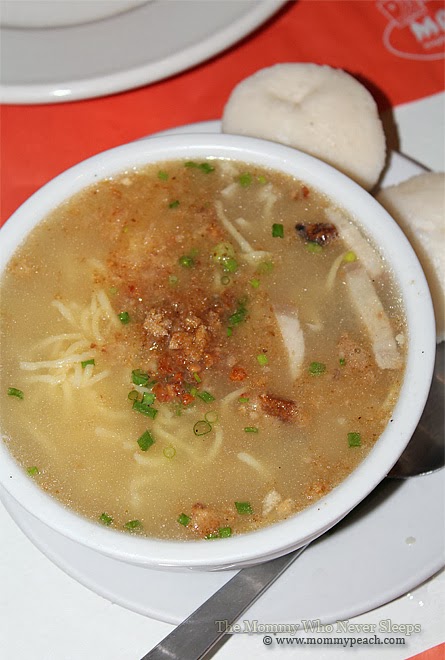 peanutbutter♥ also ordered a bowl of their Special la Paz Batchoy. It was served with two (2) pieces of puto on the side. 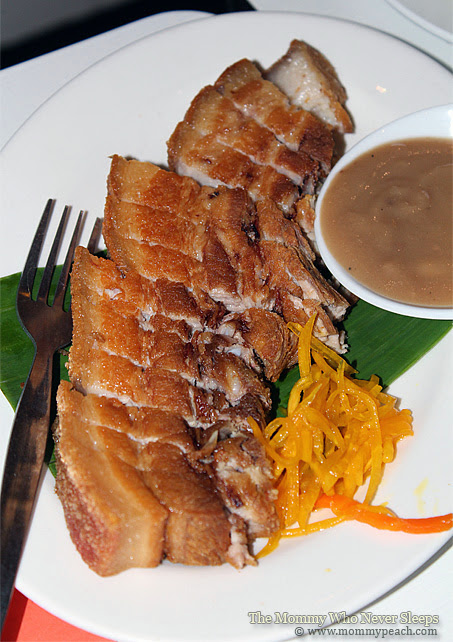 Of course the kids shared an order of Lechon Kawali. This is their second choice when eating out. I guess you already know what the first choice is…. fried chicken, of course.