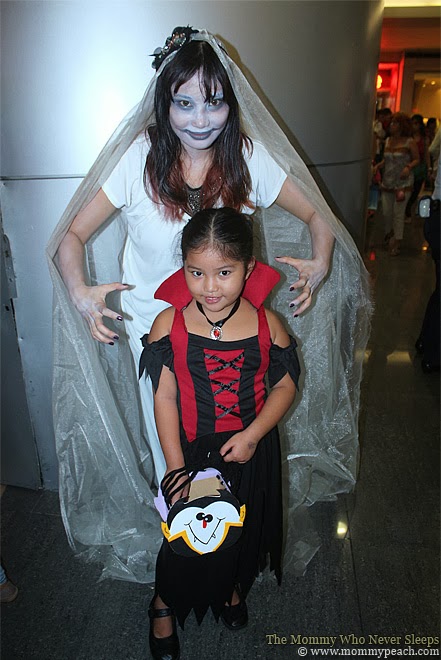 Halloween at the malls are so festive. There are many children roaming around in costumes, Halloween decorations are up in every store, and a lot of candies are given. That’s is why even though we didn’t have plans to go Mall TRICK or TREAT-ing this year, we still did.

A few days before Halloween, I told Ykaie that we won’t be going Trick or Treat-ing this year because I had an event to go to that night. But around 9am that morning, I had a change of heart. I remembered that there was a meet-and-greet event in Megamall with Finn and Jake, two of Ykaie’s favorite characters. 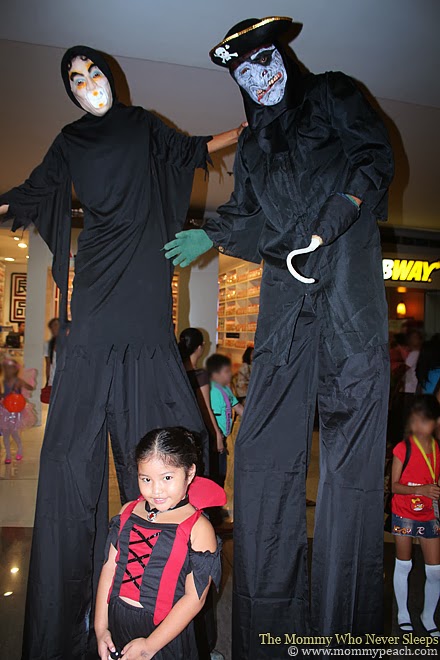 So off we went to Megamall.We dressed up Ykaie in her normal clothes and bought a vampire costume at Toy Kingdom because there’s a ₱500 worth of receipt required to get a passport for  the Cartoon Network event. 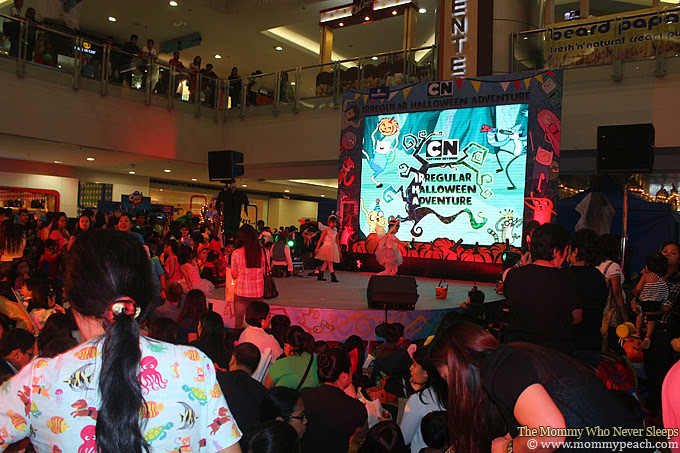 The event was called Cartoon Network Irregular Halloween Adventure. There are lots of children there in costumes. And there are different activities you could join to get your passport stamped. You can also win some prizes like candies and cartoon network stickers. 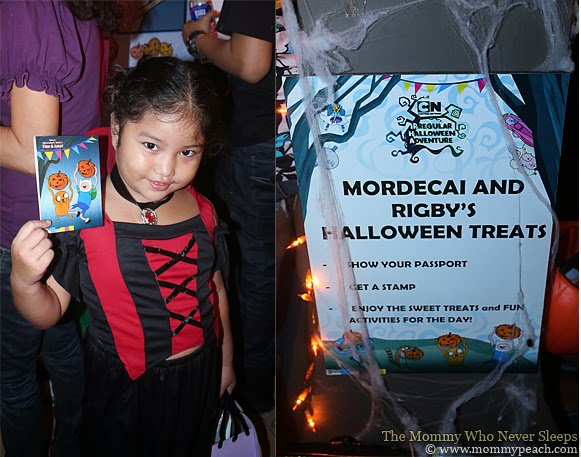 This is the passport that was given to Ykaie and on the other photo is one of the activities you can join. 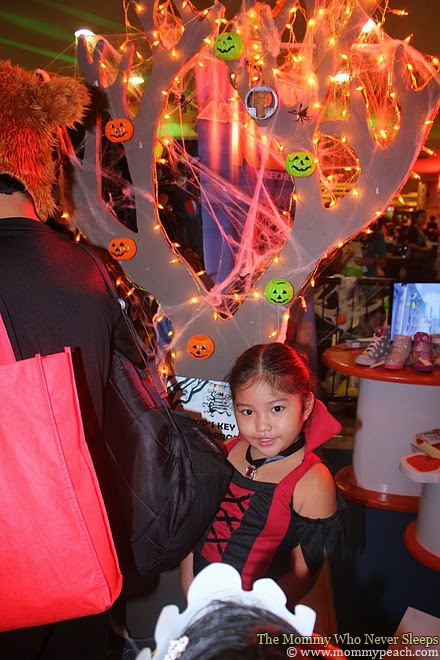 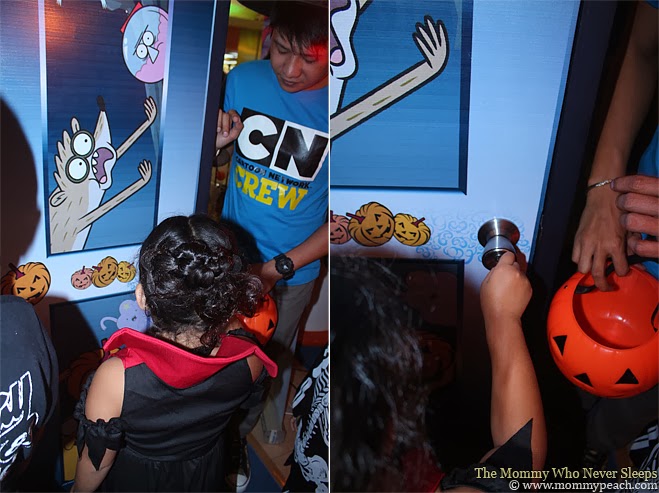 First activity that Ykaie joined is this. You have to choose key among a lot of key from the pumpkin container. If you’re lucky, then that key will open the door and you’ll get a prize. 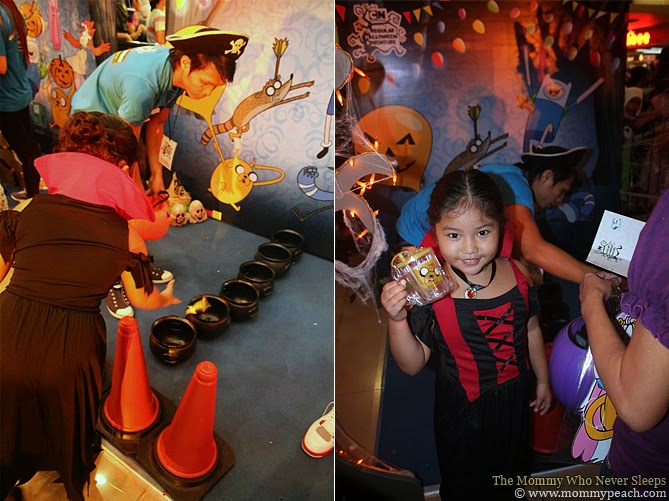 The second activity is throwing five frogs into a witch’s cauldron. Ykaie was able to shoot all five frogs. She got a Finn and Jake Tumbler as a prize. 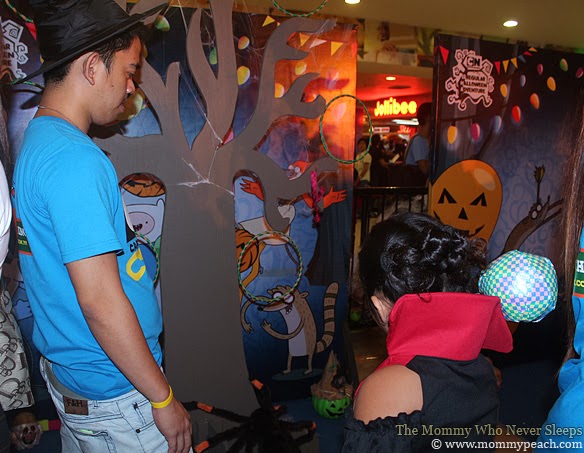 In this activity, she’s supposed to throw a lollipop into that ring. She had three tries but she wasn’t able to make a single one go through the ring. She got a set of stickers anyway. 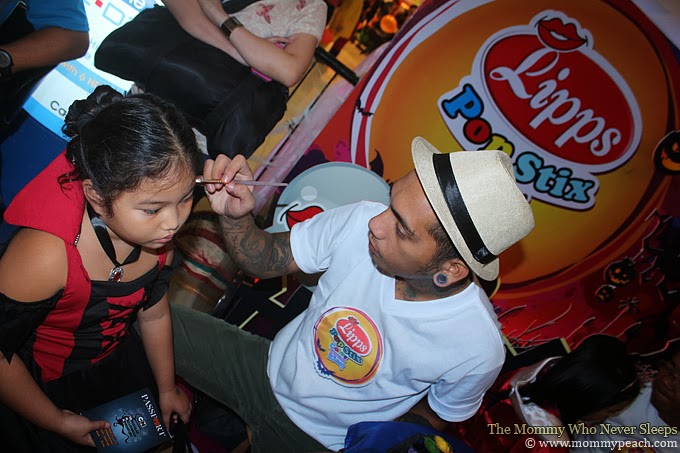 After that, we went to the Lipps Popstix Candy booth to get a free face painting… 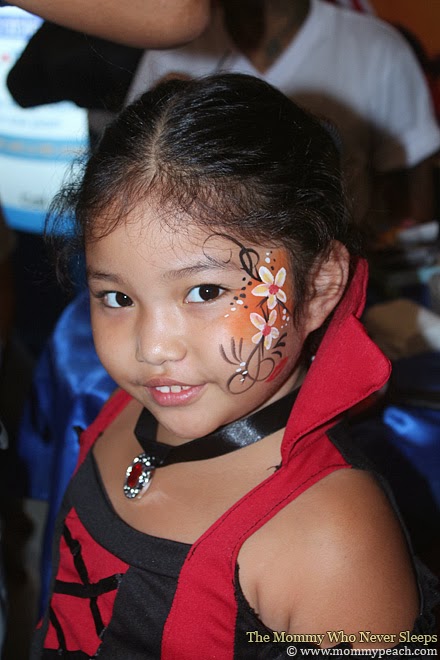 We weren’t able to have a photo opp with Finn and Jake, though. Apparently, first 50 people lang pala ang pwede and they gave out the coupons super early. haaay.. nakakainis lang.

I left them at the mall after that. I took a cab going to Glorietta. Sis and Ykaie watched Thor: The Dark World while waiting for me. I went back for them after my event and we went home. 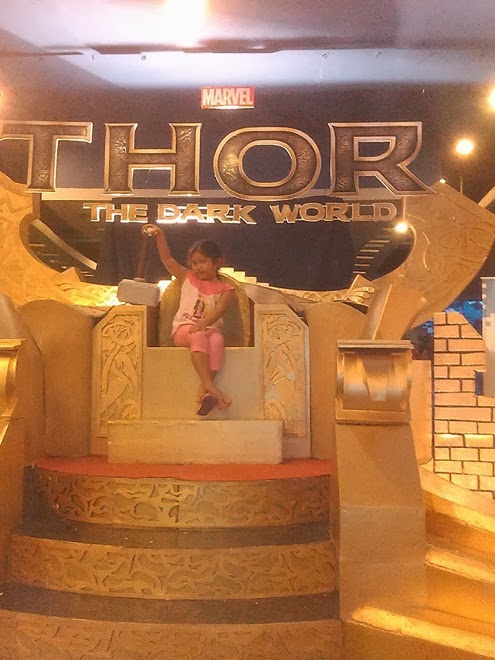 Traffic was very slow moving  and we got home at around 10:30pm. I was so tired from driving! It was such a fun, productive, and happy day. I am so glad I took Ykaie Trick or Treat-ing.