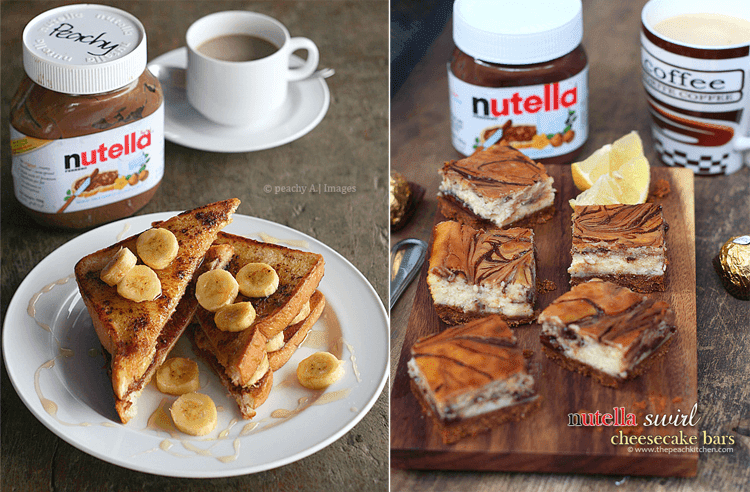 I’m a crazed Nutella fan. I eat Nutella with a spoon. I eat Nutella for dessert. I make food with Nutella as much as I can. If you don’t believe me, you can check out my kitchen and you’ll find a recipe for Banana Nutella Half-French Toast and Nutella Swirl Cheesecake Bars among others.

And yes, I put my name on my Nutella jars…..LOL! Ykaie loves Nutella too, so naturally it is one of the many things that you’ll see on our grocery cart every month. 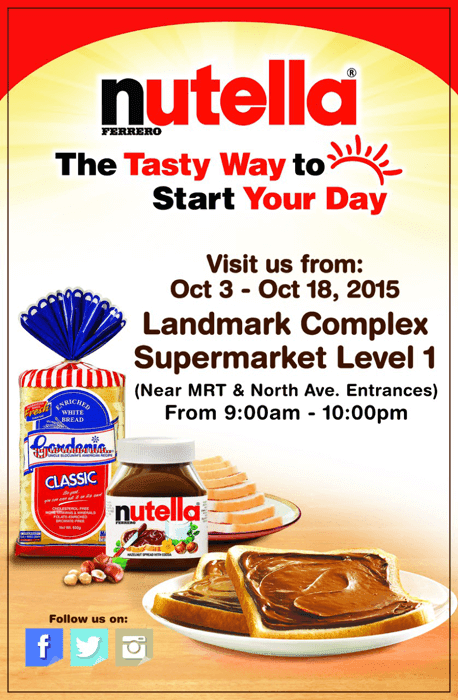 If you’re a Nutella-lover like me, you’ll be happy to know that Nutella has a pop-up store over at Trinoma which opened last October 3, 2015 and will be open until October 20, 2015. 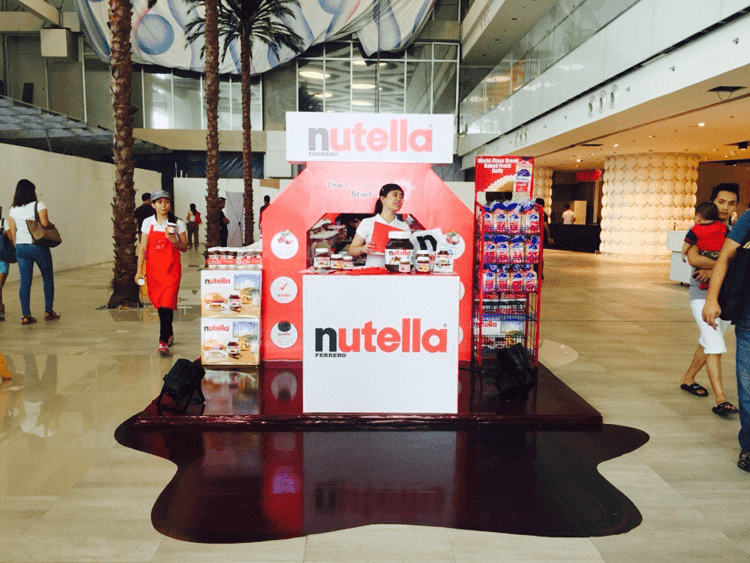 You won’t have a hard time finding it because it’s located at the Landmark Complex Supermarket Level 1 (Near MRT & North Ave. Entrances). It’s actually the new Landmark wing in Trinoma and a shortcut from MRT to North Avenue. 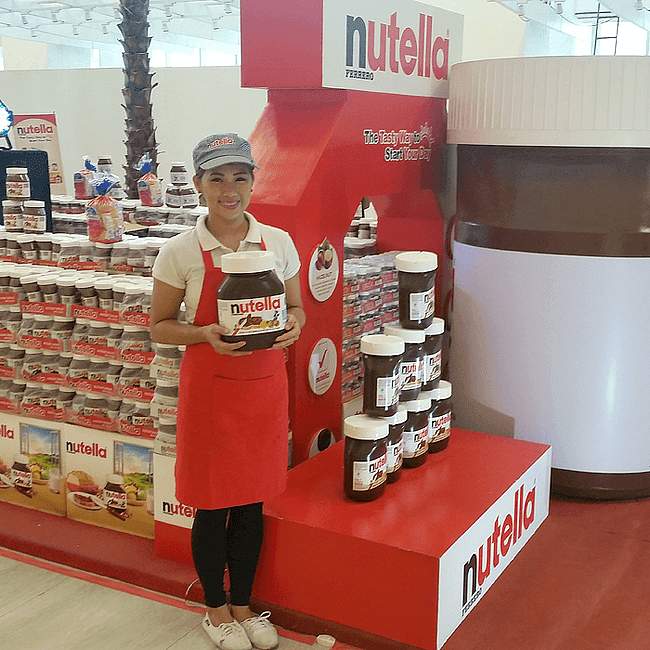 You won’t miss it because it has a giant jar of Nutella in front. 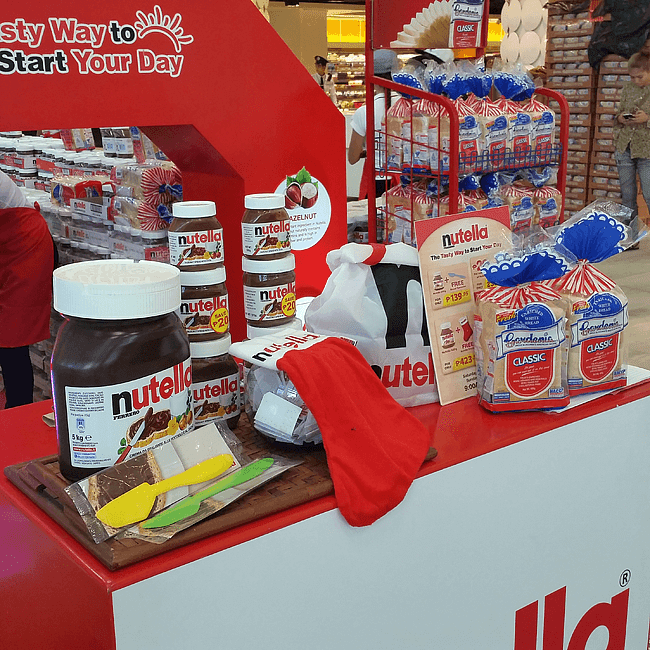 You might ask me why would you want to visit the Nutella Pop-Up Store. Well, aside from a photo opp with the giant Nutella jar, you can get freebies when you buy a bottle of Nutella. Different bottle sizes has a corresponding freebie

Plus if buy P500 worth of product you’ll get a chance to win  one of the Nutella Tub Jar, Nutella Shopping Bag or Nutella Portion Pack per day. 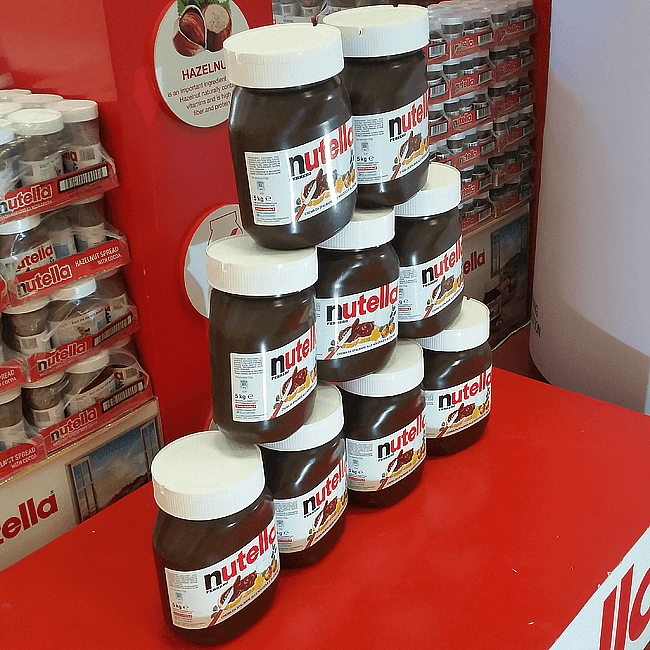 I want one of those Nutella Stockings! I’ll see you mommies there over the weekend!