The last two weeks has been like a rollercoaster ride to the whole family. It’s been filled with sickness, family events, and stress. We caught a bug and everyone in the family has been sick the past two weeks. I don’t know if you noticed (but I’m secretly hoping you did) that there has been few blog updates in the last two weeks both here and at The Peach Kitchen.

Well, it actually started with Twinkle, she had a stomach flu and was vomiting frequently. We took her to the hospital and she had to be rehydrated via IV. It was a first time for her so iyak sya ng iyak…kawawa naman. 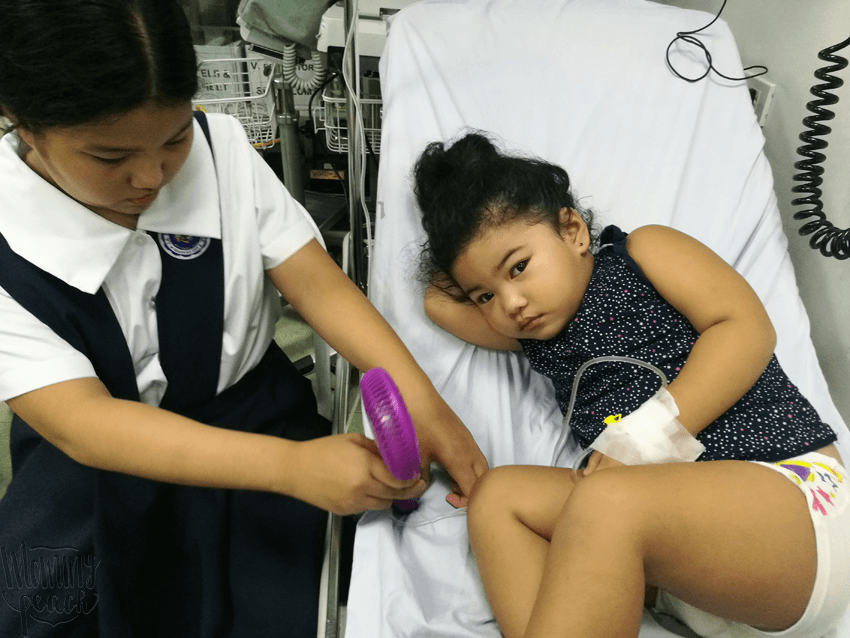 Buti na lang her ate Okaie (that’s what she calls Ykaie) was there to cheer her up. Naalala ko tuloy when Ykaie was sick and we spent the day at the hospital and when we spent almost four days at the hospital.

About two days after Twinkle felt well. I followed. I caught the bug and it lasted for three days. Then it was  followed by peanutbutter♥ which lasted until the day before his birthday. In the midst of it all, my MIL had high blood pressure naman and my tita from the next house had stomach flu also.

Last weekend, we were all well. We celebrated Twinkle’s birthday and peanutbutter♥‘s birthday at The Alley. Then last Tuesday. It was Ykaie’s turn. We had her checked up and it turned out to be Amoebiasis.  She had to miss school for four days. Good thing she ‘s well now and she can go to school tomorrow.

Grabe! In the midst of everything, I was stress eating and now I find myself weighing 170lbs! Goodness, I gained 25lbs from the 40lbs that I lost.

Huhuhu.. time to get back on the health track… and hopefully our normal day-to-day lives.