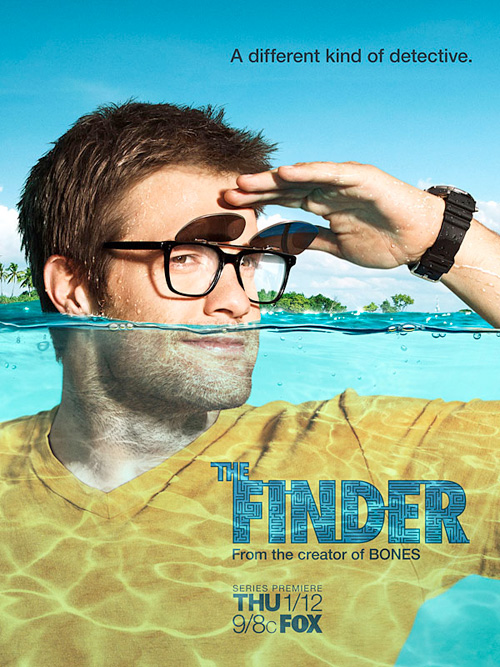 Already in the third episode, I find The Finder highly amusing.

“It’s about the adventures of Walter Sherman, {Geoff Stults} an Iraq War vet who suffered brain damage in an IED explosion. The brain damage triggered in Walter the ability to “find” things, he sees connections between seemingly unrelated events, objects or people that other investigators would miss.

Walter is assisted by his “legal advisor” and bar owner Leo Knox, US Deputy Marshal Isabel Zambada, and teen parolee and thief Willa Monday, who is serving her probation with the team. The brain damage that gives Walter his “finder” talent has also left him with a case of paranoia and other mental idiosyncrasies. Walter refuses treatment because he does not want to lose his talent. The last time Walter failed to find someone, it was the IED explosive expert that was responsible for blowing up Walter’s Humvee and killing 5 members of his unit.” {Source: IMDB}