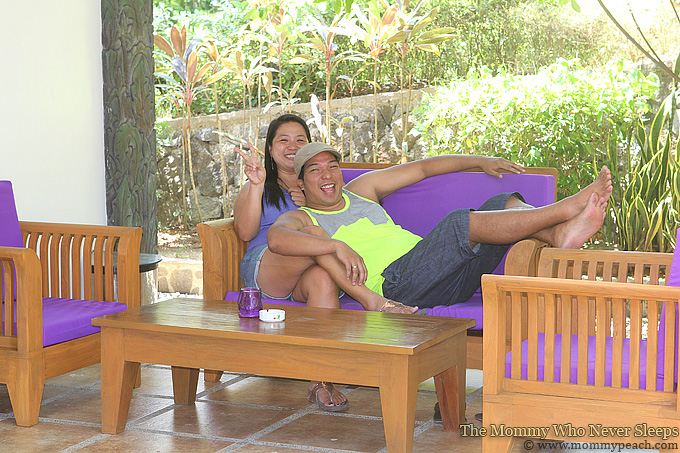 “Make a list of ten of your spouse’s faults, which, for the sake of your marriage, you will always overlook. You can live with those ten.”

That’s a quote from J & G Murphy, marriage mentors who are married for 34 years.

I’ve thought about that quote this one time peanutbutter♥ and I are talking on video call, something we do everyday to talk, tell each other what went on in our day, and generally bond…since he’s away.

Most of the time, when I’m telling him something that happened to me during the day that’s also the time he gets caught up in his facebook wall or online shopping or whatever it is that he is looking on his screen. I do notice that he is listening with only one ear and he doesn’t really understand everything that I’m saying. There are times that I repeat what I just said. It could be really annoying when it happens frequently but it’s actually fine with me, unless I’m hormonal at the time..hee.

He didn’t notice this is happening until I did the same thing to him just to prove a point. See? he’s not even aware of it.

When building a relationship that will last a lifetime, one of the silliest things we can do is get caught up in the small things that will not matter in the end.  The toilet seat that’s up, the toothpaste that’s squeezed right in the middle, and the mug of coffee that just won’t walk right up to the sink.

These are just small things that you just need to learn to overlook and live with because you just love your man too much.

And I know that he probably has 20 things he is overlooking too because he loves you waaay more.

Can you think of your ten things?