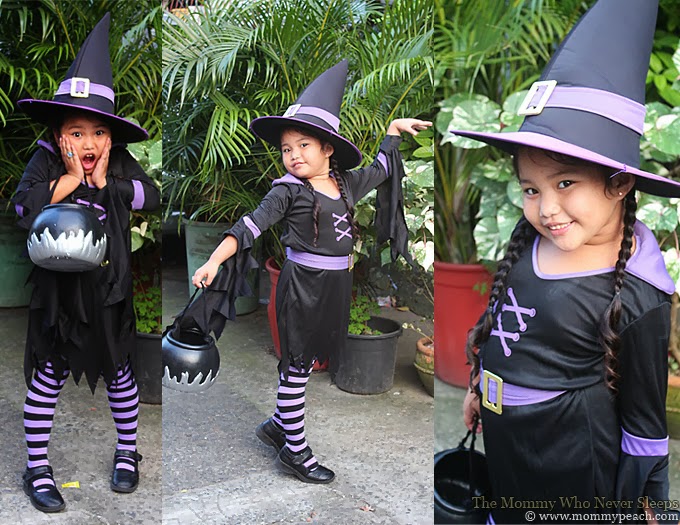 Ykaie’s School Halloween Party 2013 happened just before their sem break. Her witch’s costume last year still fits. I felt that buying a new one would be a waste of money, so she also came as a witch this year. 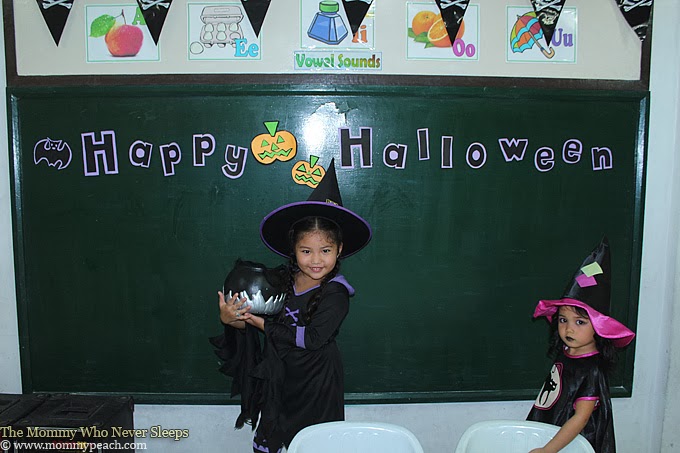 That’s her nursery schoolmate, Julia, who also came a s a witch. 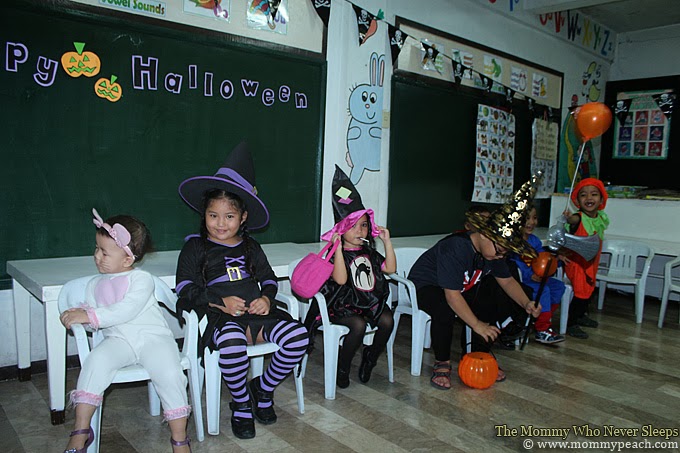 All the kids wore their best costume. 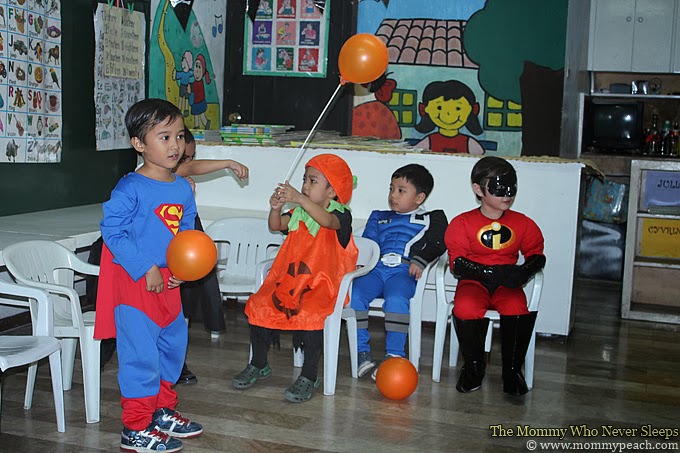 Since we didn’t have a family day last August for the Linggo ng Wika, this day became family day. The children came with their parents and we had a pot luck. Each parent brought something we could share. This is a community school, so us parents pretty much know each other. I bought dessert which is Buko Pandan Salad. 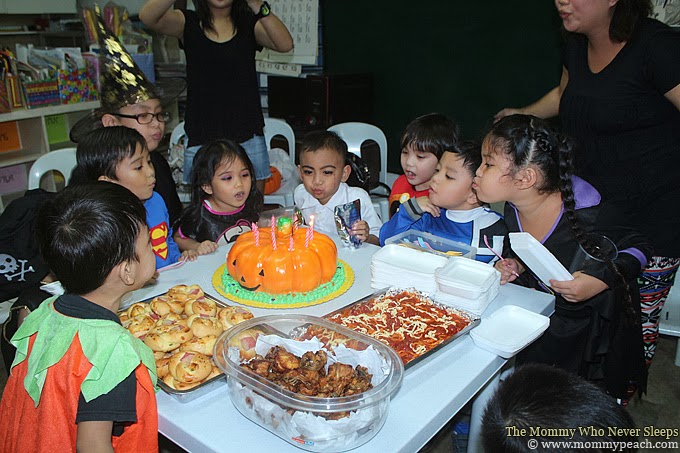 One of the parents bought a punpkin chocolate cake. Teacher Shebb put some candles onto the cake and let the children blow each one. The children was very happy doing even a simple thing like that.

There were some games after the meal like “Pinoy Henyo for the parents” and “Bring Me” for the kids. They also had “Stop Dance” wherein they danced in different kinds of music with drum beats. That made Ykaie remember that she’s asking me to buy her a drum set and  drum sticks. 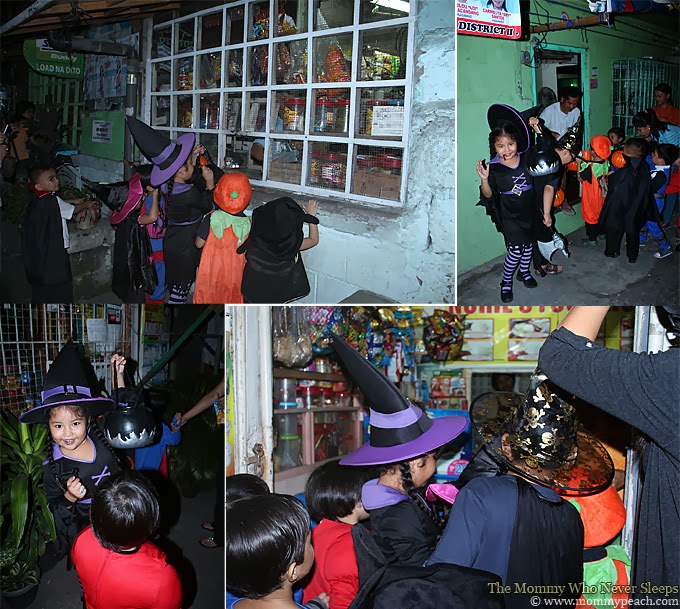 Trick or Treating came after. Just in some of the house around the school. The parents actually brought all those candies.. LOL! The Trcik or Treat was kind of scripted but the kids had fun and that’s all that matters.

It was a fun School Halloween party 2013 and I’m sure it’s one that Ykaie won’t forget.