Sometime in between carolling, watching It’s a Wonderful Life, and decorating the tree, the moment you’ve been dreading finally arrived. Your child figured out what they want for the holidays, and their Christmas wish-list has just the one thing on it: an iPhone. The question of the season is now whether you should splurge on the device or not. 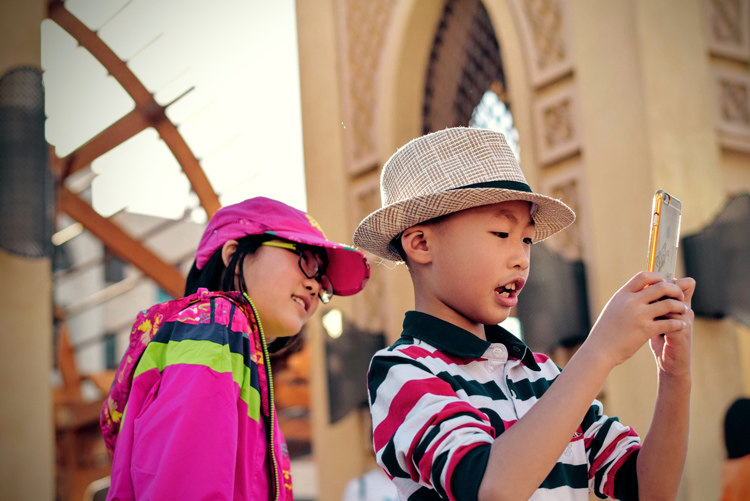 When you were a child, you spent your time running outdoors and climbing trees. The only screen time you had was on a TV screen. But a lot has changed since the Stone Age. The average child gets their very first phone by the age of 10, and they’re growing up increasingly online. Your kid argues rightly they need it if they expect to have an active social life, but as their parent your only concern is their safety online. Their iPhone is a tool that can access almost any content from anywhere in the world. One wrong swipe can expose them to terrible things.

Adult content, cyberbullying, and even sexting are now things you have to worry about. Your knee-jerk reaction may be to refuse them this gift, but denying them an iPhone won’t lock the door for good. With their peers using phones in and out of the class room, they’ll be able to access social media, apps, and the Internet away from your watchful eye.

An iPhone can expose your children to things you’d rather shield them from, but they’re also invaluable tools that can help them exceed in class and in the life. The number of children using smartphones will only continue to increase. Denying them an iPhone now only delays the inevitable to a time when you won’t be able to control what they see.

So a brand-new iPhone is on the shopping list year, but that’s not the end of your responsibilities. If you expect to help them with their very first smartphone, use the following guide to make sure you’re doing it right.

Be Open With Your Concerns

There’s no harm in explaining why you hesitated over fulfilling their wish this year. Be honest without patronizing them. Explain that you worry about who they talk to online or what type of content they access. Bring up online sexuality and cyberbullying. These subjects may be difficult to talk about, but as cases of cyberbullying and sexting are on the rise, it’s important they understand their rights and their responsibilities. Brainstorm together proper phone usage and outline online etiquette. The next social media app to blow up is still a mystery, but make sure they know what they should and shouldn’t share on Snapchat, Instagram, or Facebook.

Kanye West provides a good example of what not to do with your child. When North was still a baby, Kanye let his son play around with his phone. Without any parental locks, North spent hundreds of dollars on the App Store. Even though he filed for personal bankruptcy, Kanye is better prepared for this shocking bill than you are. Enable parental controls to make sure your child can’t charge things without your permission.

You’ll want to straddle the line between reasonable limitations and constant monitoring. Their phone is personal, and some of the things they’ll Google, text, or record aren’t meant for you to see. Respect their privacy and only engage those controls that will protect them or your wallet. Depending on your provider, you’ll be able to disable inappropriate apps, control data usage, and lock their phone after a certain amount of time to make sure they aren’t glued to their screens when they should be sleeping.

If you do it right, they won’t be glued to their phone all hours of the day. That means their iPhone will be along for the ride as they climb the jungle gym or do cart wheels in the backyard. iPhones aren’t cheap, even if you ignore the latest 8 series for an older generation like the 6s.

You won’t always be there to remind them to be careful, but a protective vinyl covering is the next best thing. An iPhone skin covers the device with a scratch- and grime-free, water resistant layer that can stand up to whatever your kid puts it through. Don’t worry about it falling off in the middle of a game of tag. When you order skins from dbrand, they come with 3M technology to provide the best fit possible. You can order iPhone 6 skins at dbrand.com using their skin builder and cash in on their free worldwide delivery.

Be Prepared To Lay Down The Law

Your understanding of appropriate screen time is probably a lot different than theirs, so don’t be surprised if it becomes a common argument between the two of you. Ultimately, you paid for the phone and you’re paying the bills, so you have the final say. Make sure they understand your expectations by outlining when, where, and how often they’re allowed to use it. Most importantly, make sure you lead by example. If the rule is no phone at dinner, then don’t leave yours by your plate.

An iPhone is just the start of the long list of “grown-up” things your child will want in the future. Don’t freak out and try to shelter them from this next step. This kind of behaviour only works against you as it forces your child to explore the online world away from your protection. See it as an opportunity to get closer with your kid. Once they’re primed with the rules of the phone, you can challenge them to a dual on Candy Crush Soda Saga and bond over shared selfies with the dog.