Our first stop was The Mansion, the official summer residence of the President of the Philippines. Inside is a mini museum of memorabilias and works of arts collected over the years by the former presidents. Honestly, we didn’t go inside.. LELz.. nagpa-picture lang sa labas…

We went straight to…

And even though we just ate at Glenn 50’s Diner, I couldn’t resist these Starwberry Taho and Ube Taho which you can only buy there in Baguio. Ang sarap kasi mainit pa..

After drinking the taho, Ykaie went horseback riding for 30 minutes while Twinkle who’s still a little bit scared of horses just settled for a photo opp…. 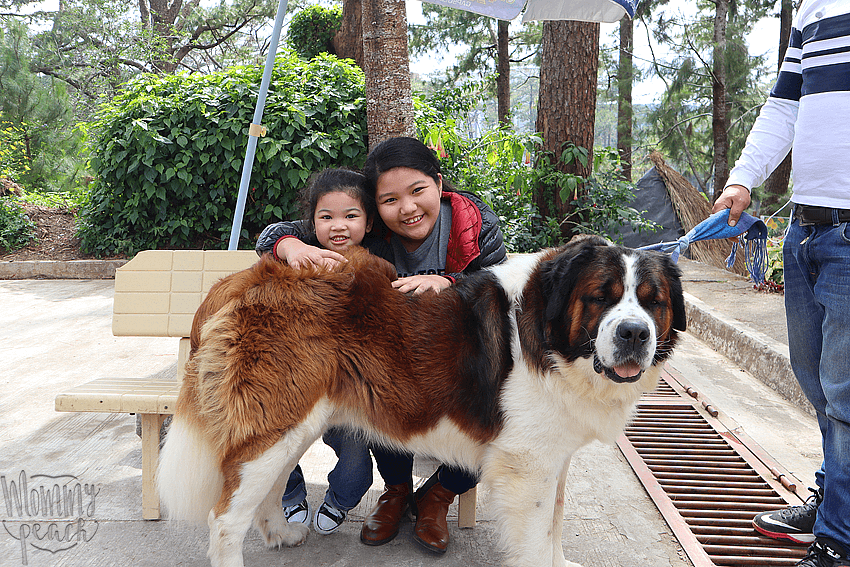 And they had the obligatory photo with a St. Bernard Dog for ₱50….

It’s my first time to drop by The Diplomat Hotel. This was formerly a rest house and a seminary way back 1911 before it was developed into a school and eventually, a hotel. This place has a lot of history including beheadings of nuns and priests during WWII, so this place is believed to be haunted. Katakot no?