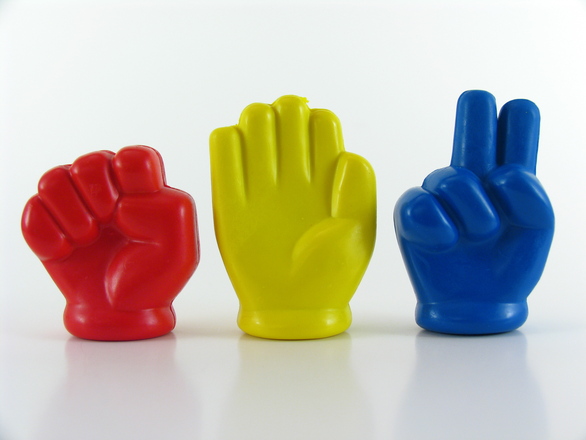 Throughout the years, rock, paper, scissors has been a staple in kids’ games. This spirited game of chance settles thescore on who gets the first turn, who goes to which team, and who sits down on the sidelines. An article on The Telegraph even suggested ways on how to increase your chances of winning. Furthermore, its universal charm gave birth to more complicated yet entertaining versions of the game.

In the CBS show, The Big Bang Theory, one of its main protagonists, Dr. Sheldon Cooper created the game rock, paper, scissors, lizard, Spock. Here, Jim Parsons character paid homage to his favorite Star Trek member by incorporating his likeness in a classic children’s game. Another development is its venture into the online gaming market. Aside from its more popular games of chance, Gala Casino features a rock, paper, scissors iteration that’s as simple as it gets. In more ways than one, this unique online gaming characteristic attracts and introduces beginners to enjoy a wide variety of games in the future. But, enhancing a game of rock, paper, scissors doesn’t have to be as complicated as Dr. Cooper’s or as simple as its online variety, sometimes all you have to do is add one element – instead of two – to the equation.

Now, it’s time to relive those wild recesses at school and come up with an enhanced version called: rock, paper, scissors, tag. What you need is a rectangular area that has a centerline – similar to a small futsal or a volleyball court. Both teams stand outside each baseline facing one another. On the leader’s go, squads march toward the centerline and pair up with an opposing player. On the other leader’s signal, pairs play rock, paper, scissors, wherein the loser has to sprint back to his or her baseline while the winner has to tag him or her down before he or she crosses the line. After going back to the centerline, the game goes on while players rotate to face a different challenger. If a player gets tagged, he or she then goes to the other team. The game ends when a team captures all the players of the opposing group.

This game gives children the opportunity not just to socialize with peers, but to also veer away from the temptations of modern technology. With all the iPads apps, as well as the PlayStation and PC games hanging around the house, a simple game like rock, paper, scissors presents an avenue where kids can be kids once again.