Dementia is a condition that breaks apart more than just memories. Left unchecked, the frustration it causes can drive a wedge into the bond of even the closest of kin. 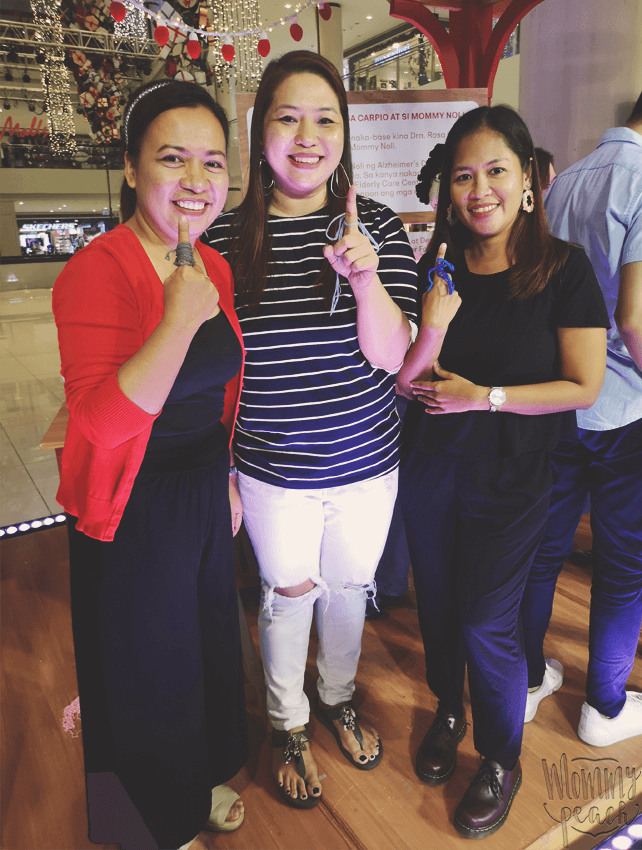 And two weeks ago, we attended the launch of this interactive sculpture PAALALA at Ayala Mall Feliz.

The silent effects of dementia inspired the creation of Paalala, a mixed-media installation by artist Candice Alipio. Several hundred meters of yarn were used to depict a grandmother and her grandchild bonding together. It’s a familiar sight, especially during the holidays.

Here, the magic lies in the medium. The sculpture begs the audience to pull it apart, as if to mimic how dementia unravels a memory. Once all strands are unraveled, a bright red heart hidden in the core will remain.  At this point, the message is clear—in the wake of dementia, memories made with the heart are the ones that remain.

The use of yarn also holds symbolic meaning. Some people even tie a length of string around the finger as a reminder of something important. For Paalala, the string from the artwork serves as a reminder to think of those who have difficulty remembering.

“Imagine forgetting about your spouse, your kids, or even your own self. Imagine living in constant anguish because you’ve forgotten the most basic things, like the use of utensils. Or the fact that you’re in the middle of putting on a shirt.” These were the words that Dr. Rosa Carpio, founder of Noli Alzheimer’s and Elderly Care Center, used to describe some challenges faced by those who suffer from dementia.“At Noli, I have declined requests to take in residents who are not yet in the severe stages of dementia,” recalls Dr. Carpio. “For as long as the patient can still make memories, I always tell the family to spend as much time together as they can!”

“Alaska has been a part of Filipino homes for generations, most especially during the holidays,” says Harvey Uong, Marketing and Business Development Director of Alaska Milk Corporation.“We need to raise the discussion now because this season is one of the most stressful for those with dementia. The lack of awareness can ruin the holidays not just for them, but also for the Filipino family that we’ve grown with over the years,”

Paalala was commissioned by Alaska Milk Corporation in a bid to raise awareness about dementia and its effects.

The sculpture, the film, and the partnership with Noli Alzheimer’s and Elderly Care Center are just the first steps in Alaska Milk Corporation’s effort to raise the discussion about dementia. For details on how you can support the cause, send a message to @AlaskaRedKitchen on Facebook and Instagram.